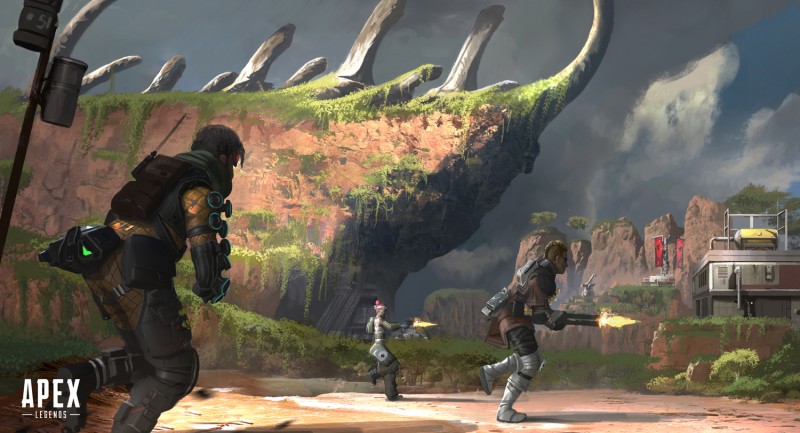 Apex Legends has been big with players who are seeking a little bit more character than the battle royale genre has offered so far, though no small part of that has been due to Respawn’s trademark world and art design. Whether you dig the style or not, you have to admit Respawn has strong skills in concepting out a world. Today, the studio showed that by releasing lots of concept art of the new battle royale shooter.

The blog post, written by Apex Legends art director Todd Sue, thanks the players and community for all the support so far and goes into sharing art from the game. There’s images of character and costume concepts, weapons, environments, and more.