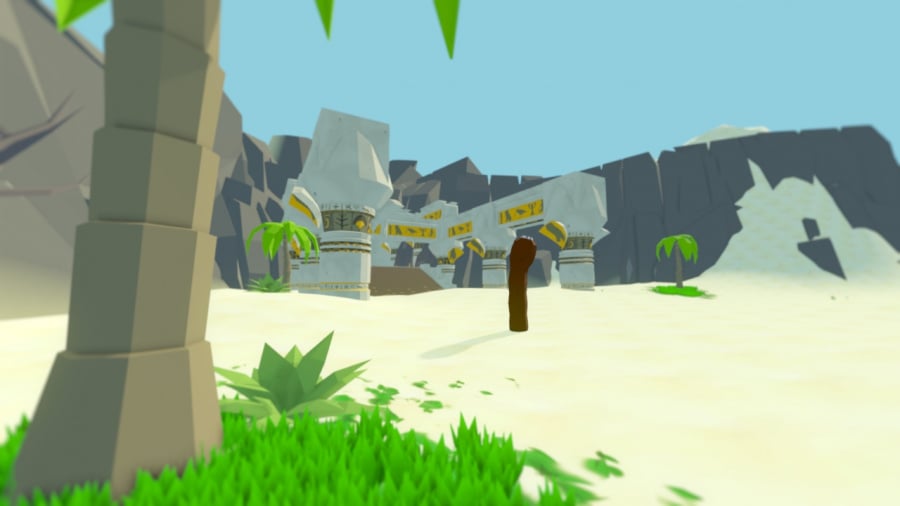 Roaming the skyward islands of Windscape, you’ll find yourself descending into a perpetual state of explorative calm. This is a world of monsters and ne’er do wells, much like any other fantasy setting with a splash of the medieval, but roaming its semi-cartoonish lands often invokes the sedate pace of Firewatch and Everybody’s Gone to the Rapture more than it does, say, the snowy peaks of Skyrim. It’s certainly channelling a certain amount of The Elder Scrolls, but without that rigid need to level up and grind experience. It’s a game that gives you a single quest and lets you go out and see where that quest might lead you, even if it’s off the beaten path, on your own terms. 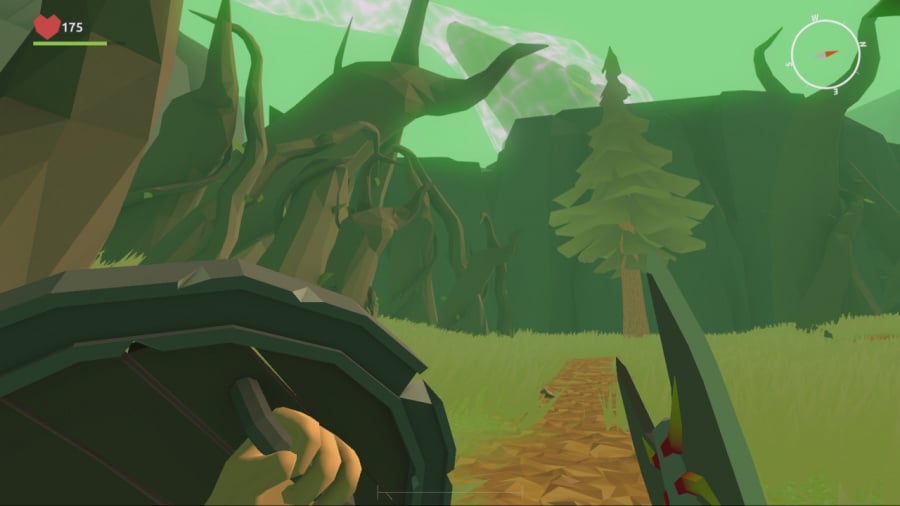 In that regard, Windscape is a resounding success. The brainchild of one developer, Hamburg-based indie designer Dennis Witte, this semi-open-world is an attempt to break away from many of the constrictive tropes that have hindered action-RPGs and sandbox creation games for so long, while attempting to channel some of the intrinsically magical qualities that makes some of them – such as The Legend of Zelda series – so timeless and universally beloved. And while it does fall into some of the same traps as these genres have along the way, the result is something that pushes player agency and freedom to explore to the very forefront.

You play as Ida, a young girl who lives on a farm with her parents in a fantastical realm where towns, villages, forests and mountains sit atop a series of floating islands. Her adventure begins innocently enough, simply gathering ingredients to make food at the stove. It’s here we’re introduced to a crafting system that attempts to simplify the rigmarole of crafting into a more homogeneous format. The entire hand-crafted world is filled with resources, ranging from chests filled with meat (we don’t know why either) to herbs, copper ore and items with magical properties. Stoves are scattered across the land and while you can’t just randomly throw things into the pot a la Breath of the Wild, there’s a list of recipes available to show you what can make or what you need to restock your inventory. 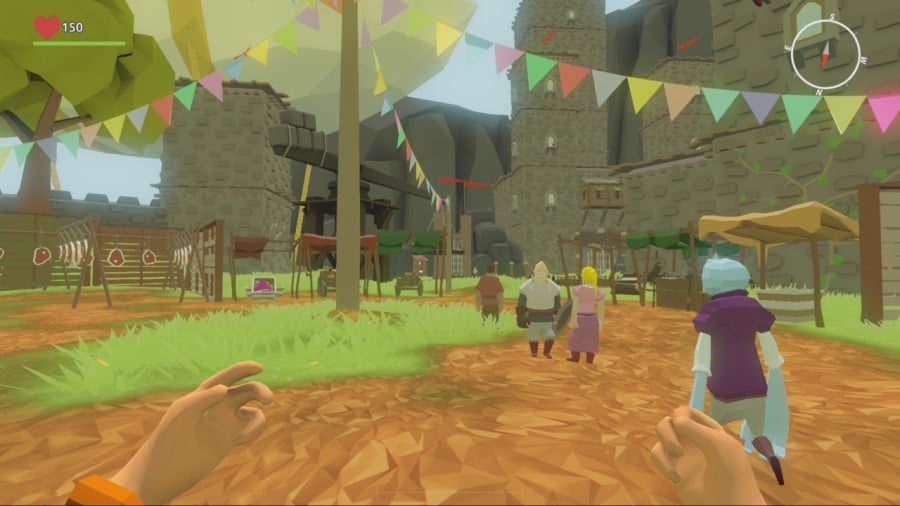 The same applies to making potions for temporary stat buffs (such as elixirs that increase the toughness of your skin, thus applying a brief amount of additional protection), building armour and creating weapons. There are forges to help turn raw materials such as ore into more useful blocks, so anyone with a passing history in Minecraft will feel right at home. Windscape is a game with an abundance of resources, so you’re rarely ever stressing over a lack of herbs or wood. You can even use a mana compressor to create spells you can unleash in battle. As before, all the recipes are there, you just need to go out and find the missing ingredients.

While Windscape doesn’t necessarily attempt to subvert the classic concepts of the first-person RPG, it does make a concerted effort to reinforce its focus on a natural pace of exploration and progression. One mission spawns another in first hour or so, but soon you’ll encounter NPCs out in each sandbox-sized portion of the world. None of these missions ever stray into mind blowing territory when it comes to quest design, but most do give you an excuse to explore many of its impressively large dungeons. Many of which contain all manner of rarer resources and, naturally, the occasional boss battle. 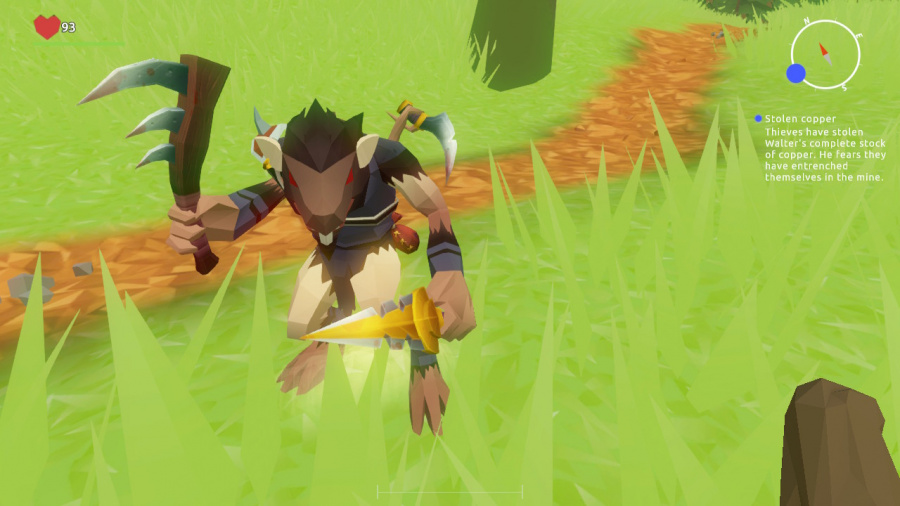 Annoyingly, most of these boss battles are pretty forgettable and are usually far too easy to overcome once you learn a particular attack pattern and exploit it, but they do help break up the need to bash ratmen over the head with a club or lob spells at angry wolves. To be fair, even the likes of The Elder Scrolls Online and its current expansions too often rely on bosses that just need to be whacked for ages until they die, but Windscape’s are simply over too quickly too leave any lasting impression.

By simplifying mechanics such as crafting and doing away with the heavy burden of XP metres, skill trees and grinded upgrades, Windscape pushes the world itself and the adventures you undertake within it to the forefront. It’s a much cleaner experience for it, and one that’s likely to appeal to both older and younger players alike thanks to the colourful nature of its art style and that desire to occasionally channel modern walking simulators. You’ll just have to contend with the issues that still plague the likes of The Elder Scrolls to this day.

Regardless of which melee weapons you take into combat, the moment-to-moment action rarely stretches beyond ‘hit enemy, block enemy attack, hit enemy again’. Granted, some enemies do require a little more in the way of tactical thinking – such as circling angry wasp-like bees in order to avoid their stinger projectiles or using spells to incinerate groups of spiders – but once you’ve understood these methods, it’s a case of rinse and repeat. Windscape was designed to avoid being a first-person action game, but its elements dictate that some of the time it has to be, and it simply doesn’t attempt to do anything new or innovative as a result.

Windscape isn’t an antidote to the everlong tropes of modern action-RPGs – simply because it still needs to rely on enough of them to tie its own systems together – but it does present a relaxed and engrossing alternative that’s designed to give players of any age or skill level the chance to explore, battle and craft at their own pace. The deepness of that crafting system belies its apparent simplicity, and with all manner of stories to uncover across its hand-crafted lands, you’re left with a first-person adventure that very much belongs on Switch. 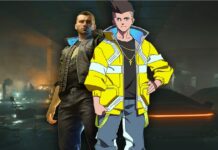 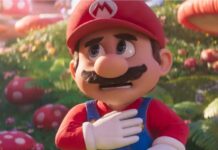 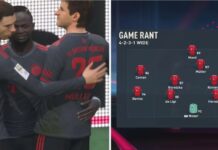 October 7, 2022
0
The success of Netflix's anime Cyberpunk: Edgerunners has led to a resurgence of Cyberpunk 2077 and the links between the two are...