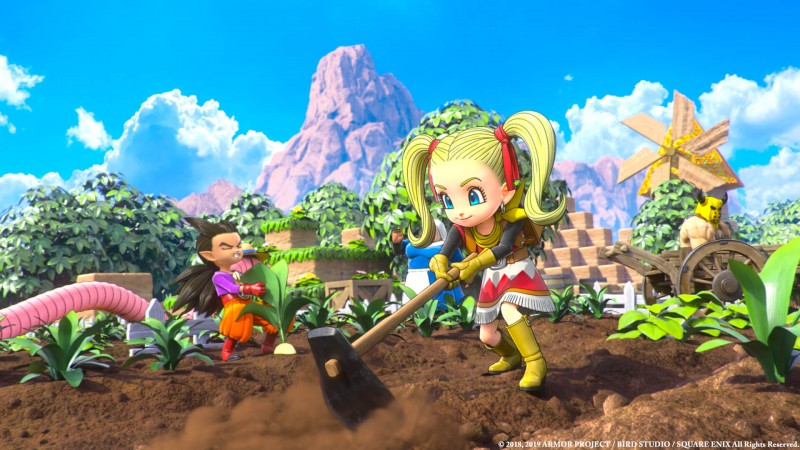 It’s been a lighter week for game releases, so our editors are taking the time to catch up on a variety of titles. Let us know what you’re planning on playing in the comments!

Kyle Hilliard (@kylemhilliard) – I’ve been enjoying Dragon Quest Builders 2 and Bloodstained, so I’ll keep going on both of those. I’m also playing the new Stranger Things game. Outside of games I’ve been enjoying Dead to Me on Netflix and riding my new bike that I got for myself as a late father’s day present. I look very cool in a helmet.

Brian Shea (@brianpshea) – I’ve been traveling a bit this week, but now that I’m back home, I’m going to continue my playthrough of Dying Light. However, while I was traveling, I deepened my Mario Maker 2 obsession, so I will probably make a couple more levels over the weekend. I also bought Dragon Quest Builders 2, so I can’t wait to start that.

Suriel Vazquez (@SurielVazquez) – I’ll be grinding daily bounties and triumphs so I can get my Bad Juju and its catalyst. I’ll also hopefully be working through Judgment when I can, though it’s been a slow burn for me thus far.

Jeff Machiafava (@GIJeffM) – What little gaming time I’ve had recently has been devoted to digital board games, but I do hope to get back to Days Gone at some point; the desperate and deadly world gives it a different feel than other open world games, which I dig. I also promised I’d build my wife a table for her houseplants, so I guess that’s kind of like Minecraft? Only with less blocks and more swearing.

Blake Woog (@woog_blake) – I’m going to be working in the sun all weekend, except for one break for a petting zoo. In between? Maybe finishing Far Cry 5. Maybe sleep. Who knows. The world is my oyster.

Emma Welch-Murphy (@EmmaMcmurphy) – Got a huge freelance article order so I’ll be working on that all weekend. In my spare time I’ll be watching playthroughs of Jurassic World Evolution and obsessing to see if Ooblets posts anymore game updates.

Joseph Stanichar (@JosephStanichar) – I only have 15 hours of work this weekend compared to the usual 17, so what am I going to do with those two extra hours?! Probably sleep, but maybe watch some more Evangelion, more speedruns from GDQ, or even play some more of Donkey Kong: Tropical Freeze. Fire Emblem: Three Houses cannot come soon enough! And I should really clean my room, yikes!