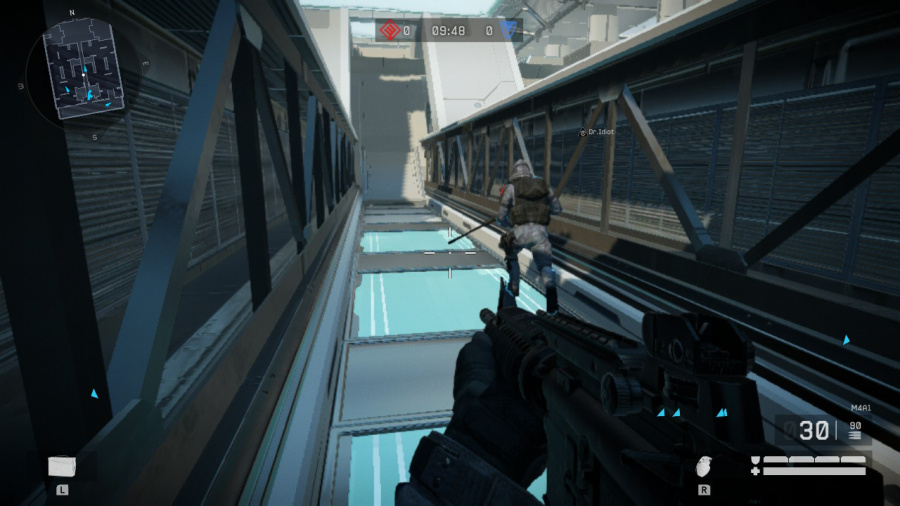 While most of us – this writer included – have given up any hope of seeing a Call of Duty or a similar triple-A multiplayer shooter on Switch anytime soon, some studios have attempted to fill this void with their own take on asymmetrical gunfights. Some have been a success (Paladins being a fine example), while others have ranged from the passable (Modern Combat Blackout) to the abysmal (Bullet Battle: Evolution). So where does Warface sit? Is this a worthy alternative to the usual shooter fare? And how does an online shooter in the traditional mould translate to Switch’s hardware constraints?

The CryEngine-powered FPS launched on PC in 2013 (a month prior to the launch of Call of Duty: Ghosts and the current generation of console hardware) so it’s certainly been knocking around the proverbial battlefield for a while. It was one of a number of shooters looking to undercut the FPS big boys with a free-to-play model, but as with all things, the lack of an initial price does mean you’re not getting a super-polished triple-A experience. What you are getting is a time capsule of a shooter, encased in the amber of ‘the good old days’. It’s a very serviceable and enjoyable experience that looks and plays like a fan-made mod of Call of Duty 4: Modern Warfare and CS:GO. 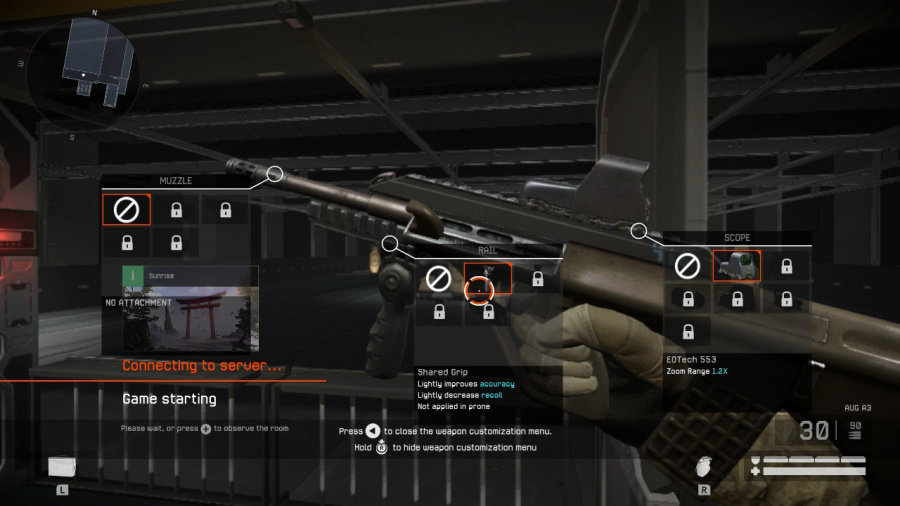 That’s not necessarily a bad thing, but it’s certainly a little outdated by modern tastes. Thankfully, many of us still long for the simpler days of loading up a lobby and running around in a game of TDM while a bunch of kids insult your mother. Warface ticks that box, with a simple and no-nonsense formula that features all the things you’d expect a post-COD4 shooter to have. M14s! Environmental mantling! Tactical slides! Gun customisation! Easily abused spawn traps! Warface wasn’t heralded as the second coming when it first launched on PC (or when it hit PS4 and Xbox One last year, for that matter) and it certainly isn’t now, but hours and hours into our playthrough we’re still quite enjoying ourselves.

That’s because Russian developer Allods Team knows it doesn’t need to do anything particularly revolutionary to justify its own existence. The fact we’ve got a CryEngine-powered game running on Switch is a marvel in itself for those who care for such a detail, running at a relatively stable 30fps/720p in TV mode and 540p in handheld mode. If you’re jumping into this after a few rounds of Battlefield V (or, indeed, the PC or console versions of Warface), you’ll struggle with just how slow it feels at first, but if you’ve been giving Call of Duty Mobile a go recently, you’ll realise there’s still plenty of fun to be had at 30 frames per second. 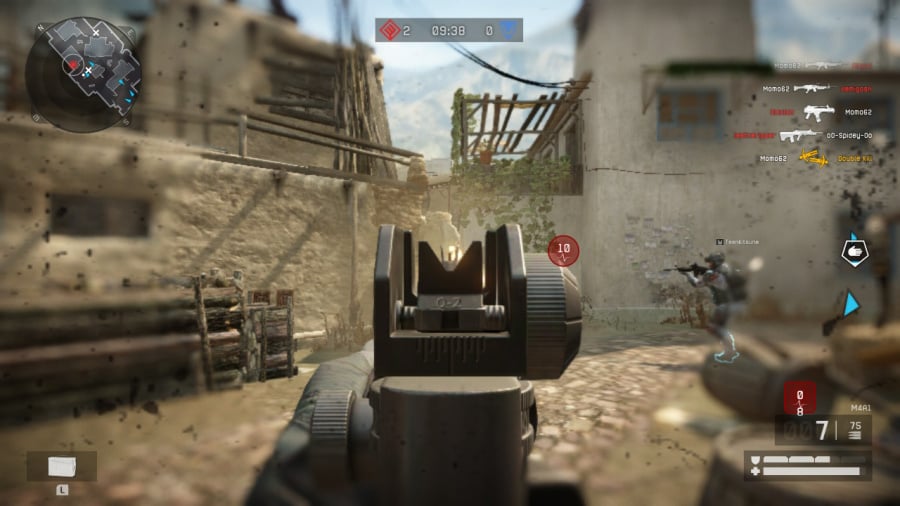 As you’d expect, this is a multiplayer-focused experience consisting mainly of PvP & PvE modes. The PvP side of things is the most run of the mill, with five modes at launch – TDM (team deathmatch), FFA (free for all), Plant the Bomb, Storm & Blitz – with more modes and content planned for the months to come. Much like Paladins and Fortnite before it, the developer behind the game has brought the Switch version in-line with other iterations so new content updates will go live with full parity. There are even talks of potential cross-play functionality as well. At the moment, the servers are for Switch players only, but with a healthy community building so far (we never struggled to find a match) it’s clearly proving a popular addition to the eShop.

There’s also some PvE modes, which offer up some enjoyable ways to co-op with other players, such as taking on waves of zombies on the streets of Chernobyl and an endless army of robots on the red dunes of Mars. It’s actually a lot more serviceable than the equivalent Zombie modes found in Call of Duty Mobile right now, and with support for in-game voice chat, it becomes one of Warface’s more memorable experiences. Of course, the benefit of being a seven-year-old game is there’s been a lot of content support over that time, so if you’re new to the game you’re getting access to over 50 multiplayer maps and a lot of rolling weapon updates and skins. Some maps are better than others (such as one set in a train station, where a train will periodically pull into the station, connecting both sides of the map) and while a lot of them favour snipers with their long corridors and open channels, there’s enough of them to balance out the quality. 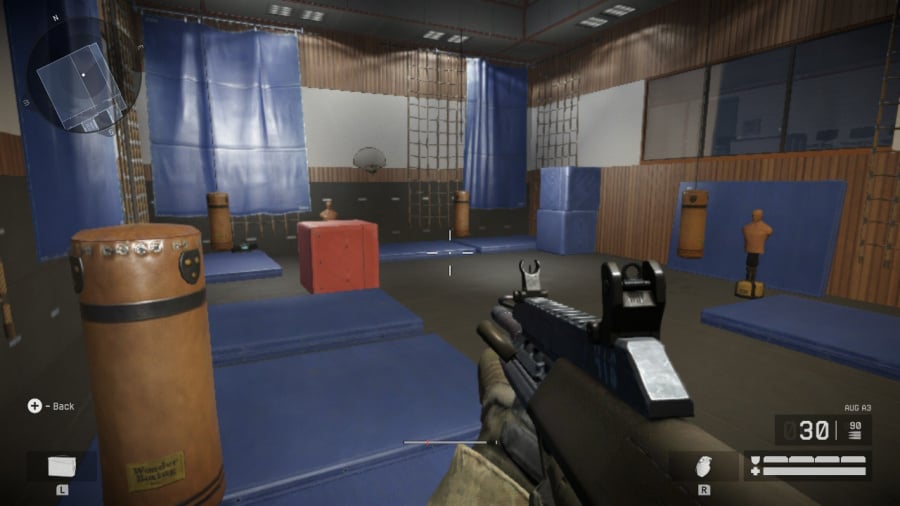 Gunplay is decent and the hitboxes for enemy players are surprisingly precise (especially when compared to the likes of, say, Modern Combat: Blackout). ADS could do with being a little faster, but headshots are relatively rewarding to pull off, even in the standard rifleman class. We found the TTK (time to kill) to be a little too high for our liking, meaning it doesn’t take that many shots on the torso to down an opponent (or be downed yourself). Spawn points don’t cycle either, so it’s possible to find a good spot and farm kills in a spawn trap. The sheer speed of respawns means you’ll be overwhelmed quite quickly, but it’s an odd choice nonetheless. The newly-added SED class (which is effectively a knock-off Terminator) is also a little OP, making it a bit of a super tank at the moment.

So while Warface runs at a pretty solid 30fps in both docked and handheld modes, the visuals themselves can be a mixed bag. There’s a lot of aliasing, so expect plenty of jagged edges and blurred textures all over each map. The lightning model that the CryEngine can support has been mostly torn out of this version to make it fit the Switch, so most maps either feel too dark or have a jarring soft light that really dates the experience. The use of a Battle Pass (it’s currently locked out on Switch, but will no doubt launch in the weeks ahead) smacks of modern shooters, but Warface can never really shake that budget feel, especially when it’s had to be pared-down further to work on handheld. 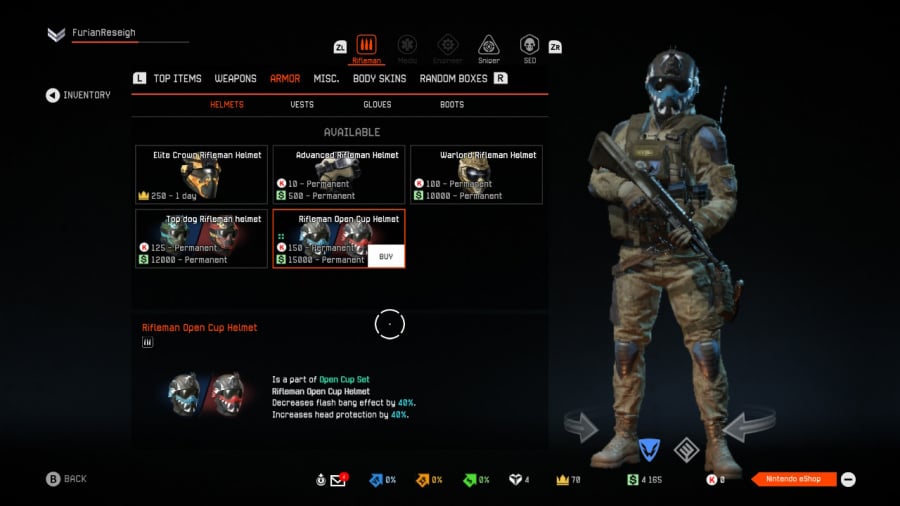 This is a F2P experience, so you’re not getting a full game with a healthy handful of catches. The big one here is your choice of weapons is very limited. In fact, each of the five classes (the fifth was introduced as part of the recent Titan update) only has one primary and one secondary weapon to choose from as standard. Levelling-up and completing challenges will gain you access to new boomsticks, but these are on a timer and will disappear from your inventory. The same goes for cosmetic items and skins. Like a certain helmet or weapon? You better cough up to unlock it permanently. There are three currencies to do this with, including crowns (earned through co-op play and challenges), Warface dollars (earned through in-game performance) and Kredits (with a ‘K’) which are basically earned through actual dollar.

Nintendo Switch is really racking up a decent selection of shooters. Warface isn’t particularly pretty, and its approach to content access means you’ll likely spend most of your time playing with rented items and weapons, but it’s still brought solid asymmetrical online FPS action to Switch in a way no other shooter has managed thus far. It might not have the slickness of the bigger boys in the genre, but with stable performance in both modes and a huge amount of content (both now and in the future) the likes of Payday 2, Paladins, Fortnite and Warframe now have another rival for your online hours.

The Last Of Us Part II Delayed Due To The Coronavirus

CALL of Duty Modern Warfare season 3 release date has been revealed, with new content for COD MW and [...]

RESIDENT Evil 2 Remake makes you hold your breath, while Resident Evil 3 Remake leaves you out of br [...]

CALL of Duty Modern Warfare and Warzone are due some major updates, as Infinity Ward gets ready to m [...]

THE Valorant closed beta begins next week and gamers can get the chance to join in by earning keys v [...]