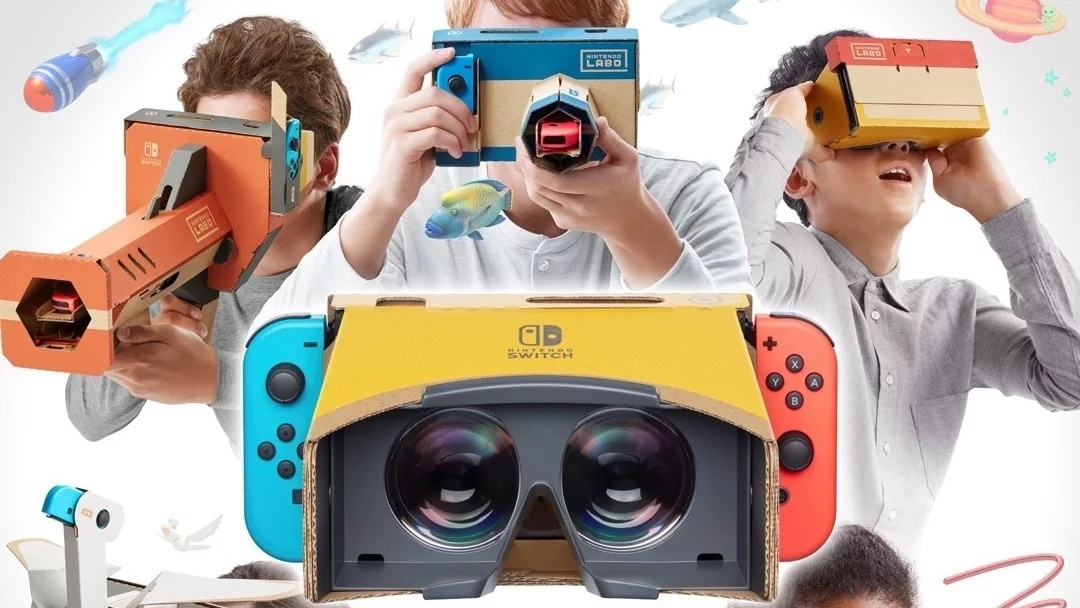 The first footage of the Nintendo Labo Toy-Con 04: VR Kit has finally been released. Below is the full rundown, courtesy of the official Nintendo PR:

Ever wish you could paint like an elephant or feel like a superhero by stopping an alien invasion? Nintendo Labo: VR Kit launches exclusively for the Nintendo Switch system on April 12 with dozens of simple and fun virtual reality* experiences for kids and families to enjoy together. Get a sneak peek at what’s included in the Nintendo Labo: VR Kit in this new video released by Nintendo

The VR Kit will be available in two primary configurations. One includes all of the Toy-Con creations for $79.99 and the other is a starter set for the more affordable price of $39.99. Players who select the starter set will be able to purchase optional expansion sets for $19.99. For more information about this, view our previous post. Also, be sure to check out our recent hands-on.

Will you be purchasing the Labo VR Kit on 12th April? Tell us down in the comments.