Now this looks interesting. Half racing game, half demeted physics puzzler, Fromto is a turn-based racer. Players construct the track in build rounds and then challenge each other with ever trickier designs and alterations. It appears that you all race the same track, so while it’s all very adding ridiculous obstacles and jumps, you’ll have to negotiate it yourself before long. So, there’s a balance to be struck between being an utter git and making something completable. Sounds perfect for some local competitive multiplayer on Switch, then!

The game is from Studio Erikson and that childish art style comes from the developer’s children. Now, before you get too concerned or begin imagining labour practices that might not be be entirely surprising coming from some of the larger companies, this is a family team and the game takes partial inspiration from both the father’s childhood drawings and those of his kids in the present day.

The team’s official blurb gives more details on the background:

Fromto is a very unique 2D racing game (1-4P) from the Netherlands, coming to PC and Switch in Q2. Its special as it was made by a contemporary artist called Erik Habets together his two little kids Niki (5) and Joep (2). They are creating many of the assets for the game and you can clearly see their influence in some crazy gameplay features. This all began when Erik found an old black and white drawing, made by himself at a similar age. 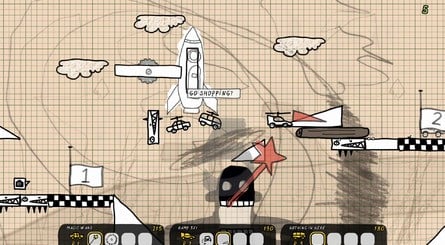 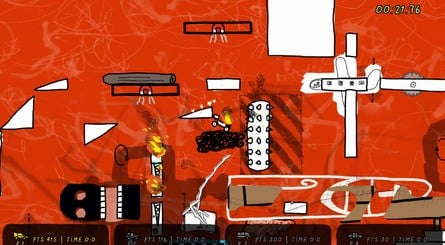 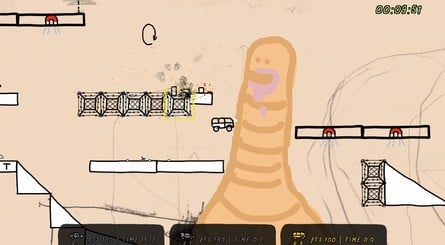 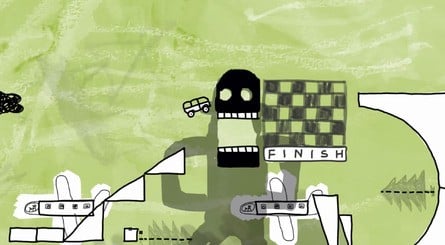 The result is the chaotic racer/builder you see in the launch trailer, and we think it looks very fun indeed. We’ll find out when the game releases in that nebulous ‘Q2 2019’ period.

Like the idea of creating a monster your mates can’t conquer before showing them how it’s done? Let us know if this looks up your alley in the comments.