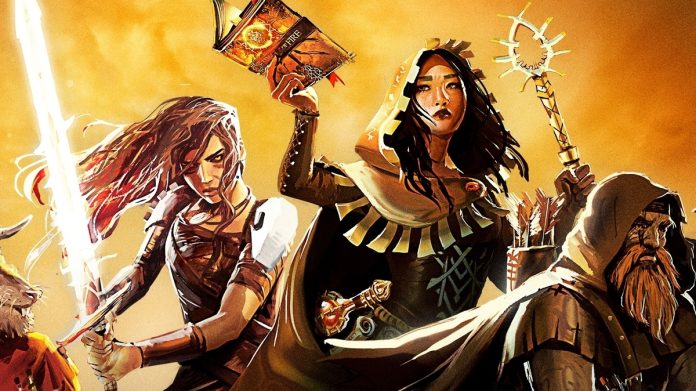 Trials of Fire is a powerfully seductive game. It pulls on a desire to sculpt a perfect RPG team, to have them gleam in the best equipment and have them wield the strongest powers, and to see them work together in beautiful synergy. I find few things more pleasing in an RPG, and I bet you do too, and Trials of Fire knows it.

But rather than make you play for tens of hours to achieve this, Trials of Fire condenses everything into around one or two. Everything’s still there, all the hallmarks of an RPG adventure – picking a team, journeying across a map, battling, levelling, looting, dilemmas, bosses – it’s just squished into a much shorter period of time. Short enough to play again and again and again. And you will: it’s a very hard game to put down!

But it takes time to get to grips with. It’s because it’s three games in one. Fundamentally, it’s a card game, a deck-building Roguelike, so you get one collective life to see how far you can get. Everything you do in battle is powered by cards. You start with a basic few, and upgrade and swap them as you level. But cards also come attached to equipment, and the better the equipment, the more there are attached to it. So as you equip, your arsenal builds, but as with any deck-building game, more is not always better, as it lowers the chance of drawing the cards you most want to use.

Then, there are grid-based, turn-based battles, where your characters and the enemies are tokens. The important part here is these tokens need to move around the grid (by using movement cards) to get in range for spells or melee attacks or whatever you have up your sleeve. They’re specific. And if you’re surrounded by enemies, it can mean death because of triggered combo strikes, which can whittle you down, so movement is very important.

Each round, each hero draws three cards, and you use a collective pool of willpower to use them. Enemies do the same. You can recycle a card (get rid of it) for extra willpower and/or defence, too. Therefore, in addition to movement, things like willpower, card-draw, defence, and obviously attacks, become key things to consider, and there are myriad cards and powers that play off of them.

The third part of the game is exploration. This literally takes place on the pages of a book, where battles eye-catchingly pop up and out from the page when triggering them. The whole game is presented as a book, which you open when you load it up, the suggestion being, I think, that there’s a new story awaiting you each time you play. And there is a new story for each mission you take on, nothing too absorbing, but it adds nice flavour to the game.

While exploring, you direct your team around a map, stopping at question-mark objectives while pursuing a golden main-quest arrow. These points of interests can be a number of things: battles, shops, dilemmas of a kind. And what they are depends a lot on how you interact with them. A group of ratlings are forcing some humans to hand over their possessions. Do you want to intervene? It will mean a battle. Do you want to ignore the humans and trade with the ratlings? It will mean a shop. Or do you want to move on and ignore the whole thing entirely?

The map and battle screens. The battle arenas literally pop up out of the page. It’s very cool.

These question-mark locations are also, crucially, places to rest, because as you explore, you become tired, and if you let yourself become too tired, it will begin to affect you in battle. You need to use a food resource to rest regularly, at which point you can do some upgrading. But if you run out of food, you won’t be able to rest, and then things really start going pear-shaped.

Another important gauge is your determination, which falls the further from your main objective you get. It’s there to put pressure on your side-exploration. Venture too far afield and get caught behind a mountain range, for example, which I have done, and you may end up losing all determination and giving into despair. And it’s game over when you do.

So there are lots of elements working together in Trials of Fire to make one whole, and even 30 hours later, I still feel a degree of not quite knowing what I’m doing, or how something actually works. But therein lies the difficulty curve in a game like this, I suppose: a strategy mastered over many playings, not a few.

There are inherent skills and then those attached to items. You can also suffer injuries and traits, for dying and over-exerting, and other things, along the way. This one is actually quite helpful.

It can be surprisingly difficult, too. There’s a wicked deceptiveness to it sometimes, almost a kind of trap for player arrogance, in how you can wade into battle, late in a campaign, feeling nigh-on invulnerable, only to come unstuck by a pack of harmless-looking enemies you grossly underestimated. They don’t even appear to do anything special, but somehow by working as a team, they methodically and efficiently surround you and take you down. And by you I mean me: this has happened to me a lot, and it is crushing. That moment the tide turns and I know I’m done for: it’s like a stone of dread dropping in my stomach. And I’ve tried quick-quitting to trick the game into thinking the battle never began, but no! It remembers.

But I’ve also succeeded. I’ve posted high scores, which I think is the point of it all in the end: finding the team that will propel you to greatness. And win or lose, you’ll still unlock new cards to use next time, and it’s not the last you’ll see of your champions either. You can choose teams you’ve created to take on other challenges, such as boss rushes, to see how many of the bosses you can beat in a row. I wish other RPGs did this.

So there’s faff in Trials of Fire but the appeal is strong and simple. I don’t mind that it’s broadly the same thing over and over, with a similar kind of story, because I’m not really paying any attention to it anyway. I’m paying attention to the mechanics, to the combinations, and to making this one my team to remember. 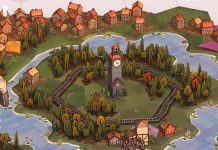 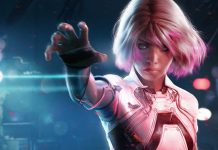 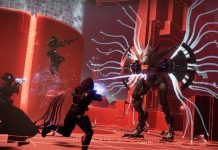 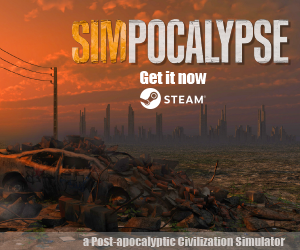 Skybound cancels all versions of troubled Overkill’s The Walking Dead •...

Odyssey players will be put in separate galaxy to base game...