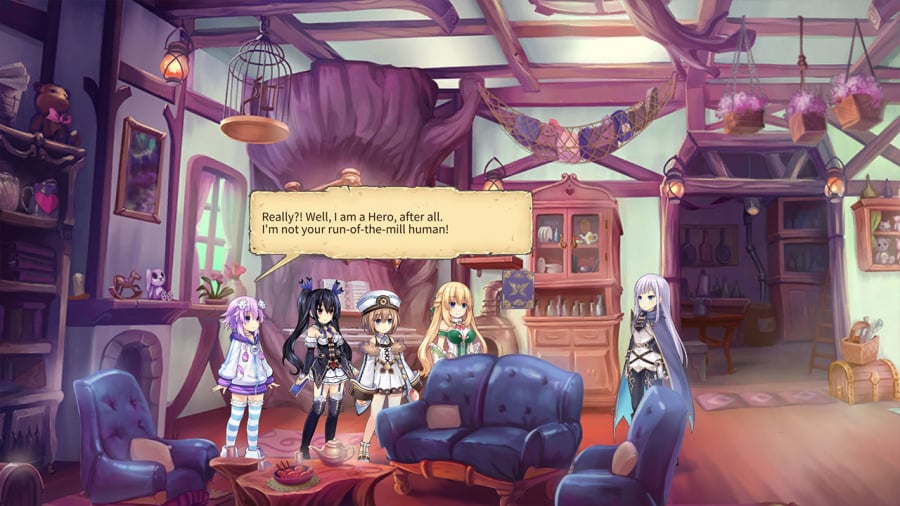 For those that haven’t stumbled across this side-scrolling RPG series, the Neptunia games have been knocking around since 2010. Originally created by Compile Heart, Idea Factory and various other Japanese studios since, the adventures of chirpy goddess Neptune and the ongoing Console War have been a PlayStation console exclusive for years until now. And Super Neptunia RPG isn’t just the first instalment to appear on Nintendo hardware, but also the first one to be developed by a Western studio. While not completely unheard of, it is quite unusual for a very Japanese-centric franchise to be handed over to a non-native outfit – even if this is just a spin-off. 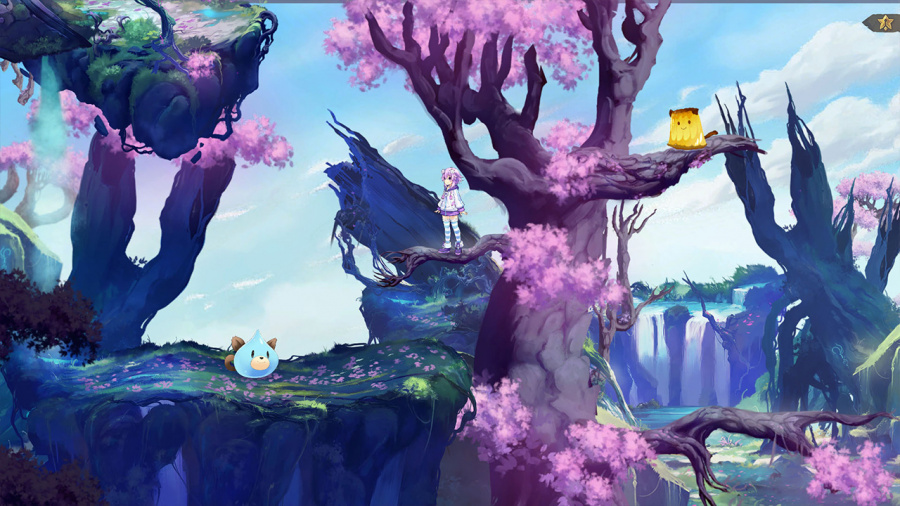 To its credit, Canadian outfit Artisan Games clearly knows the series its drawing from, taking cues from both the mainline Neptunia series and from a number of other much-loved JRPGs. While other spin-offs have spun into everything from CCGs to dating sims, Super Neptunia RPG instead opts for something a little more in-line with the series’ roots. There are still plenty of those visual novel-style cutscenes, with long-winded conversations between various atypical anime characters with giant weapons and questionable fashion choices, only now there’s a greater focus on side-scrolling movement and platforming rather than 3D exploration.

Set within the same colourful universe as the main series – a humorous meta-world where nations in the land of Gamindustri are divided by their allegiance to certain fictional consoles – Artisan has moved away from the 3D models of old and opted for a more pleasing 2D art style. It’s a great choice, and everything from the gorgeous background vistas to monster and character designs look and feel instantly more timeless than the 3D models found elsewhere in the franchise. The entire mythos might be a pastiche on games as a tribalistic battleground – and the use of an amnesia-stricken hero is beyond dull at this point – but that cute aesthetic helps lend a storybook quality that’s reminiscent of Octopath Traveler and Legrand Legacy: Tale of the Fatebounds. 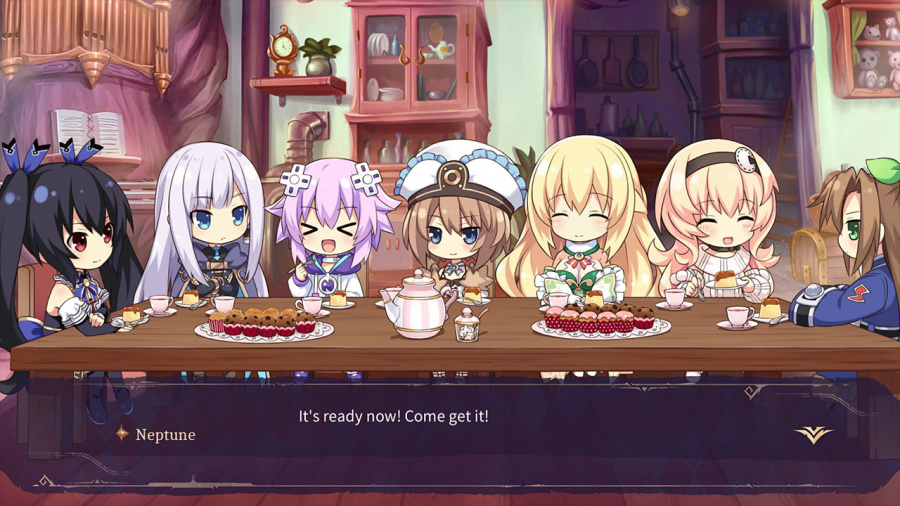 When synced up with a poppy and energetic soundtrack and a surprisingly decent amount of voiceover work (which you can play in English or Japanese, with support for English subtitles as well), Super Neptunia RPG is both faithful and refreshingly different in its presentation. However, identifying usable platforms and knowing exactly how to walk up multiple pathways when in a city (you have to jump, rather than pushing up on the analog stick) can sometimes be far less intuitive than it should be thanks to this colourful visual take.

As with previous games, the bulk of your time with Super Neptunia RPG will be split between exploring the 2D dungeons and cities of Gamindustri and taking part in battles. Platforming isn’t particularly challenging, although Neptune’s movement can sometimes be a little too slippery as she moves from standing to sprinting in seconds. While exploring, you can converse with NPCs to gain new quests, open treasure chests for new items and gear and explore forests, cities, towns and labyrinthine caves. You can initiate battles by approaching an enemy or by slashing them with your equipped weapon to begin an encounter with a temporary stat boost. 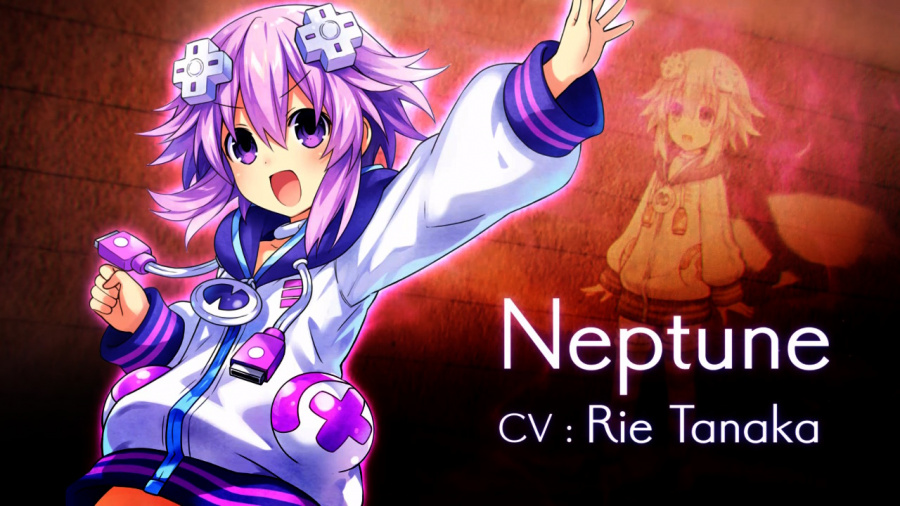 Combat is semi-active, with your squad of teammates positioned in a diamond formation on the right of the screen, in a similar fashion to Valkyrie Profile. You’ll start off solo for a while, but eventually you’ll be reunited with your fellow deities, with each character represented by one of the four buttons above their respective head. You can’t attack in real-time, but you can once a small meter in the bottom right-hand corner of the screen begins refilling segments. Enemies will also attack periodically, so you’re left with deciding between using a small amount of AP to perform a light attack or hold off, soak up some hits then unleash a much more powerful strike as a result.

Switching formations will place different characters in the position of squad leader, which will enable you to adjust the kind of attacks and support moves each one can pull off, but these subsystems aren’t explained particularly well so don’t expect to utilise this relatively key feature straight away. And while it does throw quite a few pages of tutorial text at you, it soon becomes apparent that there isn’t very much to combat. In fact, you can even hold ‘ZL’ to speed up and automate the process. It’s clearly a decision to make battles more appealing to new or casual players, but it leaves Super Neptunia RPG feeling a little hollow as a result.

Super Neptunia RPG actually has more in common with South Park: The Fractured But Whole than it does more traditional RPGs, simply because it takes systems that can often be a little too complicated and makes them far more palatable for players hoping for a more casual experience. Combat can often drift a little too far into the casual zone – especially with the ability to speed up battles – but the strength of its environmental design and the light-hearted nature of its quests helps this spin-off hold a lot more weight than some of the throwaway cash-ins that have graced PS Vita in recent years.