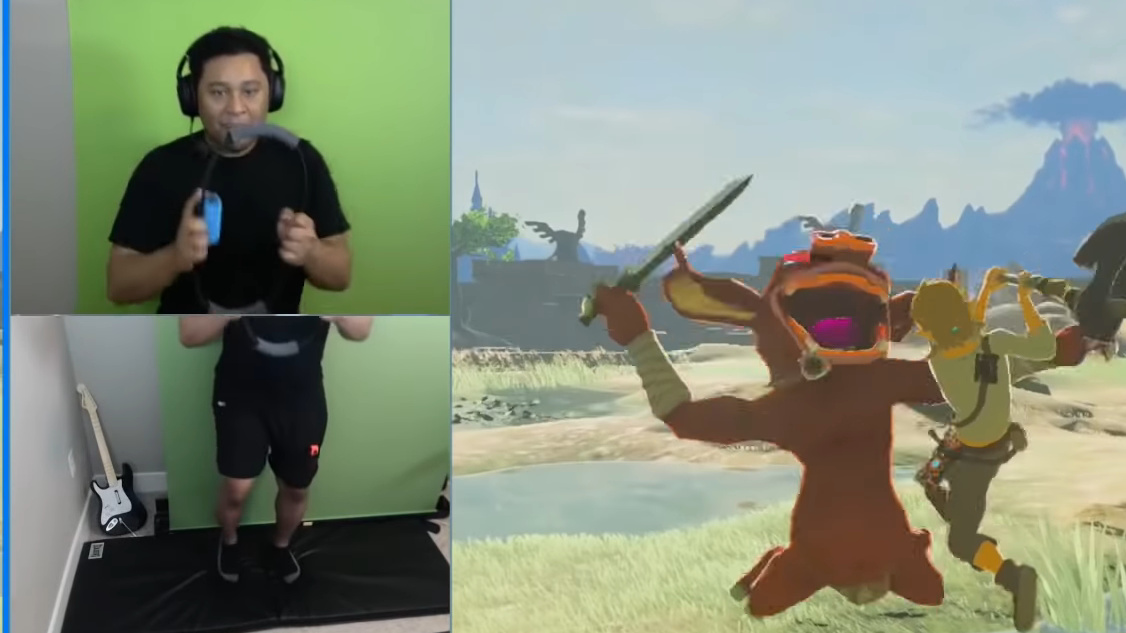 Imagine running through the land of Hyrule as Link. What, you’ve already done that a long time ago in The Legend of Zelda: Breath of the Wild? Well, have you tried it with the Ring-Con? That’s exactly what the modder Super Louis 64 did.

He got his Ring-Con from Ring Fit Adventure and was able to turn it into a fully functioning controller that’s compatible with Breath of the Wild. It means that instead of controlling the game’s protagonist with a standard pair of Joy-Con or a Pro Controller, you have to play the game as if you’re playing Ring Fit.

In the above video, you can see the modder running, squatting and even squeezing, shaking and moving the Ring-Con in all different directions to make Link perform various actions on-screen. To do anything though, he has to run at all times.

While it’s unlikely Nintendo would ever release a Zelda game or even an update for its existing titles that makes the Ring-Con compatible with them (we’re not including its functionality with Mario Kart 8 Deluxe), it’s definitely got us thinking this mod would be a great way to keep working out if you ever got tired of playing through the same experiences in Ring Fit Adventure.

How has your own time been with the Ring-Con so far? Would you ever want to see it made officially compatible with other titles like Zelda? Comment down below.