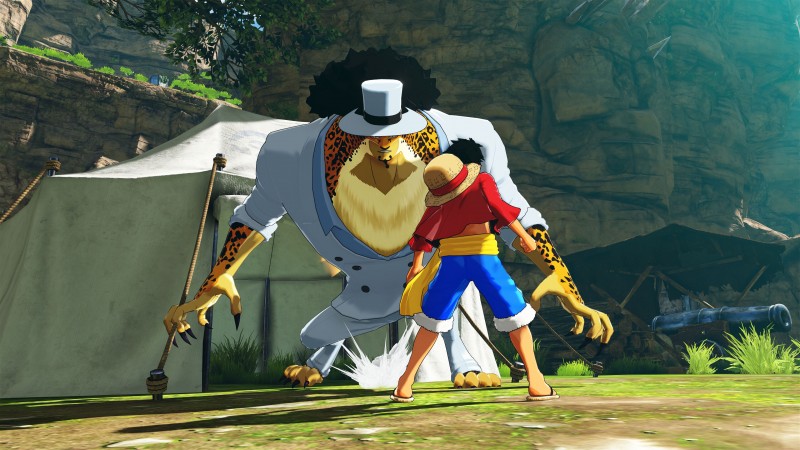 Bandai Namco recently detailed what we can expect from One Piece: World Seeker’s Season Pass DLC, and also announced that a free update is coming in April.

Three new episodes that are part of the Season Pass DLC are coming in the summer, fall, and winter respectively. Each can be bought separately or you can buy the Season Pass for access to all the content.

Next month, a free update is also bringing a slew of extra stuff, including a photo mode, post-game missions, and a new costume for Luffy. Photo Mode lets you add filters and frames, the new missions introduce Time Attacks as well as stronger bosses that utilize new moves, and the Raid Suit costume based off of Germa 66.

Check out the Photo Mode in action below in the short teaser Bandai Namco tweeted.

One Piece: World Seeker is available for the PlayStation 4, Xbox One, and PC. Read our review here.