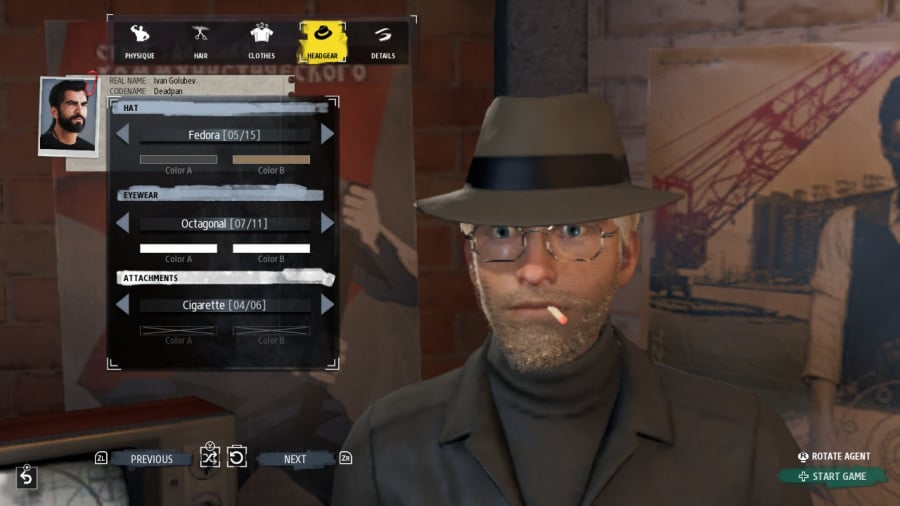 While our interactive medium has played host to a fair few ‘spy games’ over the years, most have opted for stealthy infiltration (hello Splinter Cell and Metal Gear) or all-out gunfights with the occasional silencer thrown in for good measure (see just about every James Bond game ever made). However, it’s the games that dig deep into the dangers and complicated minutiae of spycraft – such as the underrated Alpha Protocol and the original Syndicate titles – that often capture that murky world of double agents and burned assets.

Phantom Doctrine aims to follow in the footsteps of these rare experiences, with a Cold War-set affair that pits one shadowy counter-intelligence organisation against another in a clandestine battle of wits, double-crosses and (if all else fails) violence. The result is an unusual and occasionally imbalanced mixture of genres, with most of your time spent overseeing a network of agents as you attempt to uncover the truth behind a nefarious group known as the Beholder Initiative, interspersed between a series of turn-based operations out in the field. 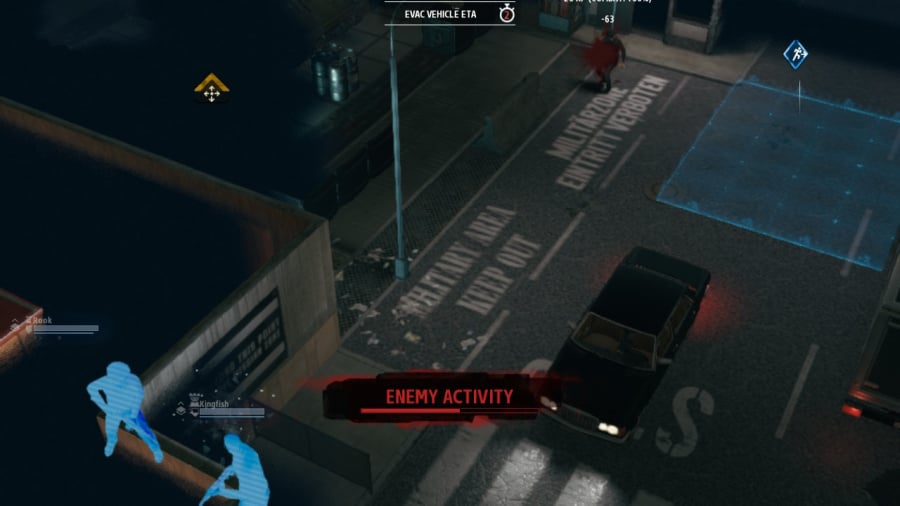 By placing you in the shoes of a spymaster – who you can fully customise, including their espionage background (with the choice of an ex-CIA, KGB or Mossad agent) – Phantom Doctrine is more of a spy simulator than anything else, with the vast majority of your focus spent sending out agents to gather intel on enemy movements while attempting to evade the gaze of your foes and their own clandestine pursuit of your interests. Intelligence gathering is the meat and potatoes of your trade as you slowly construct a cork board full of intel and conspiracies – complete with red string linking them all together – as you edge ever closer to your quarry.

What Phantom Doctrine does best is present your with a web of potential trails while forcing you to manage what resources you have as the Beholder Initiative pursues and harries your efforts at every turn. Two meters track your foe’s progress in the background, with one denoting how far it is from completing its own nefarious plans and the other showing how close it is to locating your current base of operations. While Phantom Doctrine’s story is too often a paper thin narrative that just about ties its spy world together, the cat-and-mouse nature of its strategic gameplay makes for some truly intense moments. 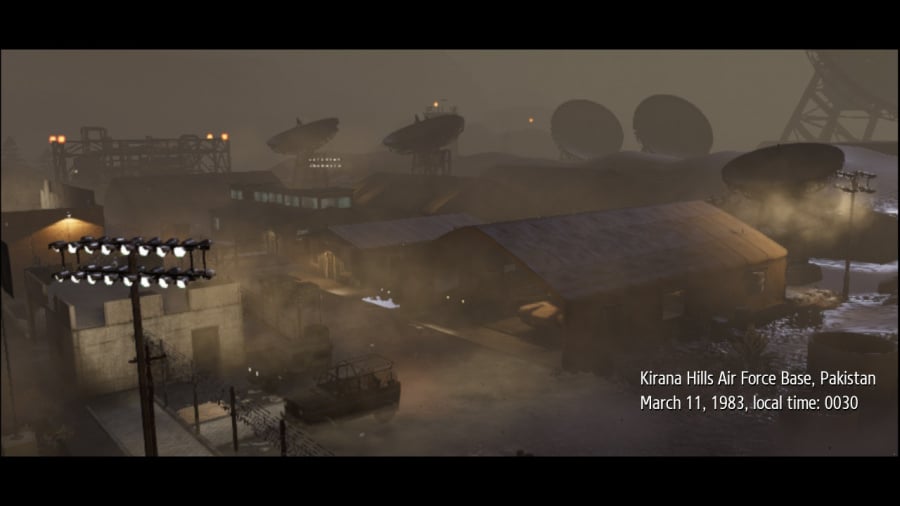 You might need to spend time interrogating a captured agent, before turning him and sending him back to your enemy’s base. You’ll sit there, slowly watching those meters fill as your enemy closes in, but turning him into a valuable sleeper agent could be a long-term investment that makes all the difference in a future mission. You’ll collect intel and scan documents and stolen paperwork to decipher randomly-generated agent codewords, which in turn enables you to add new leads to your patchwork image of the Beholder Initiative. The problem Phantom Doctrine stumbles into is properly presenting all these alerts and updates, because by the end of its 35-plus-hour campaign, it’s often messily-presented espionage meta will have begun to grate.

When you finally head out on a mission, movement is turn-based, in a tactics-style setup similar to Achtung! Cthulhu Tactics or For The King. The types of operations you’ll undertake differ widely, from rescuing tortured assets to scoping out the nuclear capabilities of an underground facility. Your agents aren’t bulked-up marines or bloodthirsty kill squads, and while the option to ‘go loud’ is there, more often than not, getting in and out with the minimum of violent response is always the preferred approach. The ability to breach a room is also a nice touch, as you stack agents on multiple doors and clear a room in deadly unison. It’s one of Phantom Doctrine’s most enjoyable quirks and really adds to the repertoire of your personnel. 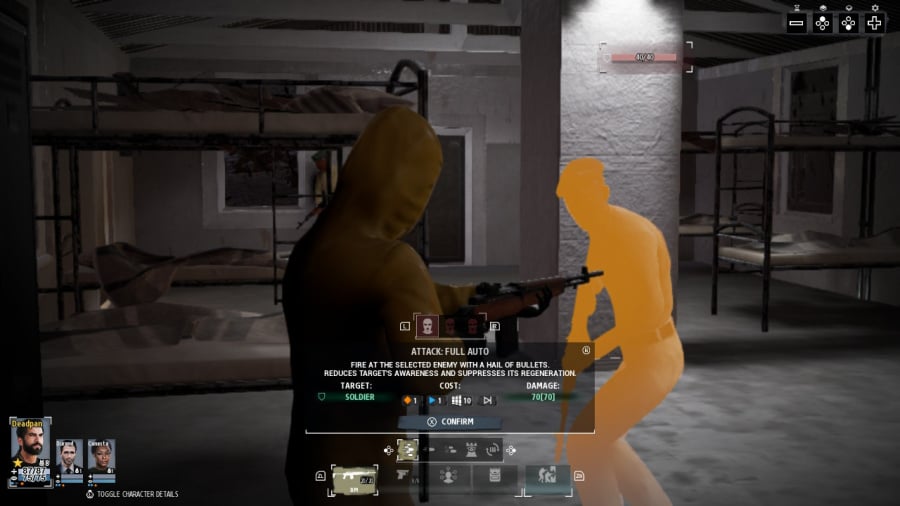 There’s always the chance that your agents will die or be captured – leading to the potential for them to ‘escape’, only to return with the risk they’re now a double-agent – and that’s where the looming shadow of XCOM lies. It’s impossible to play Phantom Doctrine and not be reminded of Firaxis’ incredible tactical combat, but by pushing the focus more on exploration, stealth and evasion, Phantom Doctrine does manage to offer something that’s at least partially different. The sheer systemic nature of its scenarios – especially early on – really adds to the enjoyment, with your spymaster activities elsewhere often influencing the nature of your ops. Found yourself in a mission that’s gone awry? How about you activate that sleeper agent you recently turned, a move that suddenly gives you an extra source of firepower and support?

The cracks do start to show as you push further into Phantom Doctrine’s lengthy campaign. Soon missions start to rely on the same infiltrate/exfiltrate formula and while every outing has its own sense of character (that ’80s aesthetic really helps), its personality does start to grow stale after a while. Your agents are also frustratingly vanilla. Each one as a unique background, but their skills are largely the same, so the option to train them into specific specialists isn’t particularly easy or intuitive. There are plenty of support personnel you can rely on – such as overwatch agents that help reveal the contents of a room from afar – but your own squad are often far less memorable. 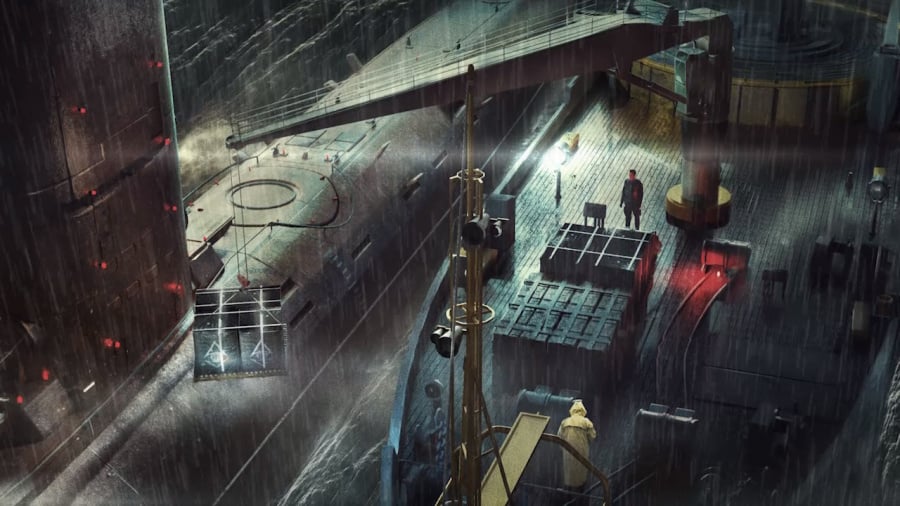 As a Nintendo Switch port, Phantom Doctrine runs well, with very few framerate drops or screen tearing. Sure, its character models have taken a bit of hit visually (don’t spend too long in the character customisation suite, you have been warned), but considering most of the action takes place from a distant overhead view, it’s an optimisation decision that keeps it running smoothly on Switch. Loading times can sometimes be a bit of a drag, but considering how intricate some mission areas can be, it’s at least an understandable irritation.

Phantom Doctrine certainly shares plenty of DNA with the much-adored XCOM series, but it lacks the polish that’s made the likes of XCOM 2 such an enduring example of how to do tactics right. When Phantom Doctrine really doubles down on the minutiae of its spycraft – including the solving conspiracies and the stealth-focused nature of its missions – its own personality shines through. It’s certainly scrappy here and there – especially when it comes to managing the meta of its spy network – but push past these imperfections and you’ll have plenty of licence for kills (and the occasional thrill).