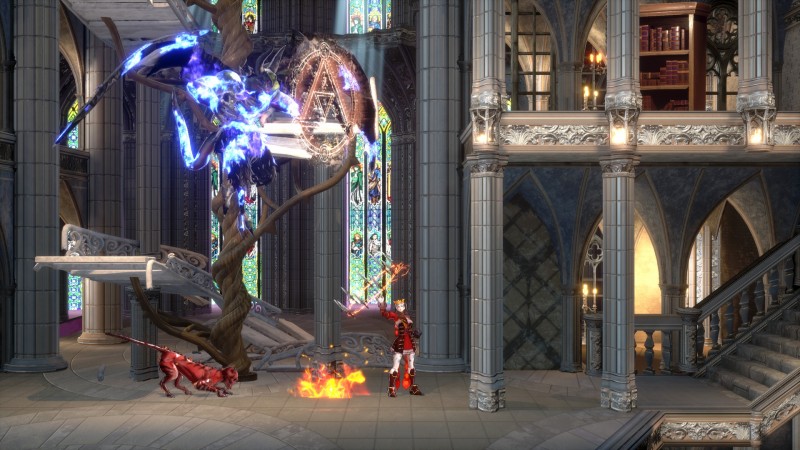 While Koji Igarashi’s Bloodstained received a lot of critical acclaim when it released last month on every platform, players who purchased the Switch version were not happy with the version of the game they got. Publisher 505 Games and Artplay did not do a particularly good job of explaining how different that version would be and ended up having to apologize for its poor performance and input delay and vowed to fix it. While a patch today was expected to fix some of these things, it seems like it will take a bit longer for Switch owners to get those fixes and improvements.

According to a new Kickstarter update, while Switch performance updates are coming, they are not ready to release or detail them quite yet. Instead, this patch focuses primarily on quality of life improvements and balance changes. You can find the full patch notes at the Kickstarter post, but probably the most relevant to me is letting me close the map with a “Cancel” button, so I don’t keep accidentally dropping waypoints as I hammer a button to get back to the game.

The balance changes seem to be based around being able to create some truly broken builds in the game, which isn’t surprising as that’s a hallmark of Igarashi Castlevania games. Artplay wants players to try different shard builds, though, so some overpowered early-game ones are getting nerfed.

While it’s disappointing that performance isn’t being fixed in this one, especially as previous backer updates insinuated it might, it’s understandable that this is not an easy fix that can be just flipped on. That said, I have trouble believing they were caught flat-footed by how badly the Switch version performs, and they definitely did not inform backers of how different it was before they locked in their choices. The Switch version needed to be delayed, not the patches that fix it.

Bloodstained is also available on PlayStation 4, Xbox One, and PC.