Netflix’s Witcher series is surprisingly delightful. Based on Andrzej Sapkowski’s popular novels, you have everything you’d expect from The Witcher: bloody, brutal fights, intimate looks at beloved characters like Yennefer and Geralt, and you have an unpredictable world where you never know if someone is a friend or foe. As a big Witcher fan, the show has tons of things I love about the characters, like Yennefer’s determination and menacing mind games, Jaskier (AKA Dandelion)’s catchy songs, and Geralt’s dry wit. Watching these characters and their world, which previously only existed in books and video games, come to life on screen in grandiose fashion is magical. Netflix’s Witcher series is worth it for those moments, but it’s not without some flaws and disappointments.

Bringing a complex and detailed series like The Witcher to a TV audience is no easy task. Creator Andrzej Sapkowski’s rich universe and its inner workings are far from elementary, and showcasing that on-screen, instead of having pages of exposition to convey it, presents a huge challenge and that struggle is evident here. As a fan who could follow along, I thoroughly enjoyed Netflix’s Witcher series, but it can be very confusing for newcomers. Things aren’t always explained well (or sometimes at all) and the show tends to jump around in time and between characters. The first episode begins with Geralt fighting a monster and then meeting a character named Renfri, who presents him with a complicated situation that forces Geralt to make a choice on what is “the lesser evil.” His decision haunts him and leads him on the path to searching for a princess named Ciri who has a mysterious power that puts her in danger with the political war unfolding.

The first, eight-episode season is based on the short story collections The Last Wish and Sword of Destiny, focusing on Geralt, Ciri, and Yennefer and how all three are connected for a greater destiny. While it’s clear the short stories serve as inspiration, it’s not always by-the-book and the writers weren’t afraid to expand on certain elements. For instance, the show quickly becomes focused on Yennefer, where actress Anya Chalotra gives a stellar performance as a woman who embraces chaos. In one of its most intriguing arcs, the writers expanded on Yennefer’s backstory, showing her struggles with her physical deformity and how she channeled her frustrations into becoming a powerful sorceress. A memorable scene where she finally takes matters into her own hands and walks into the room like a badass with her newfound confidence still sticks with me. Seeing her transformation makes you root for her, and even have some compassion when she’s giving others a hard time or not necessarily doing something great. 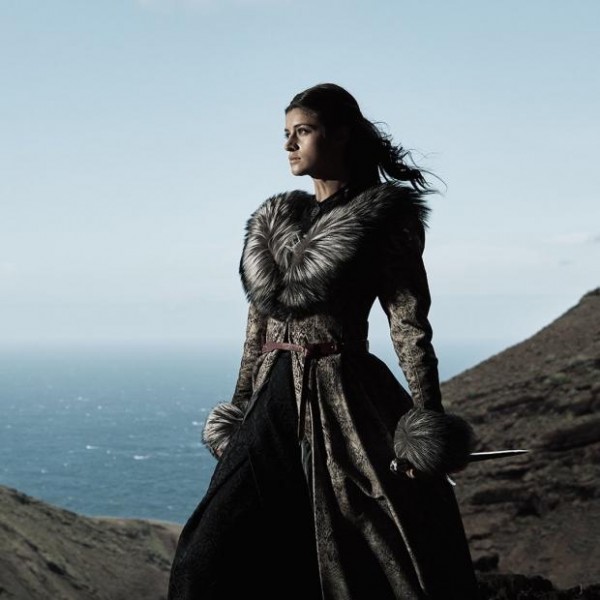 A big strength of the show is in its performances and that’s part of what makes it work. Henry Cavill nails the part of Geralt, from his gruff voice to his stoic demeanor, and the man can hold his own in a sword fight. Joey Batey is a wonderful Jaskier, capturing his talkative and annoying tendencies while also having his fun energy when singing songs. Geralt and Jaskier’s interactions are some of my favorite in Netflix’s series, as the humor is spot-on and you can tell a bond is there, even if Geralt will never admit it. Freya Allan brings an innocence and apprehensiveness to Ciri that is necessary considering she’s blindsided and on the run for the whole series. Sadly, while Ciri’s arc starts off strong, she gets less and less interesting as the series progresses. This also isn’t helped by the slow pacing (Geralt doesn’t even meet Yennefer until several episodes in), and it feels at points the writers didn’t know what to do with Ciri as they didn’t have many options with her being on the run.

The show is definitely more character-driven than action-packed. For some that will be disappointing; after all, Geralt is a monster hunter and seeing some of these iconic baddies recreated is part of the draw. Thankfully, there are some bloody and great battles, especially in the first and last episodes. Since the fights are always interesting and well-choreographed, I would have liked to have seen a few more, especially since we have some powerful sorceresses on hand.

If you’ve read the books, you’ll understand and get excited for what the series is leading up to, but be prepared for a very abrupt ending. Seeing a huge and devastating political battle play out sets a grand stage, but it concludes in a way that makes it clear we haven’t even scratched the surface of Geralt, Yennefer, and Ciri’s connection. I’m glad the show was already renewed for another season, because the current cliffhanger left me disappointed and wanting. This is a promising and impressive beginning, but season two certainly has some big shoes to fill.

To discover more about the thought process behind adapting the series, check out our interview with showrunner Lauren S. Hissrich.