Fortnite visit oversized phone, big piano and giant dancing fish trophy is one of the most eye-catching challenges for week 2.

As per usual the Fortnite challenges have leaked ahead of them officially going live in week 2 of the Battle Pass.

And one of the most eye-catching Fortnite challenges for week 2 of season 9 is visit an oversized phone, big piano and giant dancing fish trophy.

Since the Fortnite week 2 challenges leaked early it gave fans plenty of time to figure out solutions for them.

And one of those that figured out how to solve the Fortnite week 2 challenge is YouTuber Tabor Hill.

In a post online the YouTube channel revealed all the locations that Fortnite fans need to head to on the Battle Royale map for this week 2 challenge.

First up is the Fortnite oversized phone that Battle Royale players need to find for the week 2 season 9 challenge.

There are in fact two Fortnite oversized phone map locations that players can head to.

The Pizza Pit oversized phone is located in the northern area of the Battle Royale map in square E2.

While Fortnite players can find the Durrr Burger oversized phone in square F9.

This can be found in the eastern corner of the Fortnite Battle Royale map just south of Lonely Lodge in square J6.

Seasoned players may be unfamiliar with this location, and that’s because it’s been newly added for Fortnite season 9.

The Fortnite giant dancing fish trophy can be found in square G6 on the Battle Royale map, just south west of Mega Mall.

The Fortnite dancing fish trophy can be seen protruding out of the top of a building’s roof – how it got there is anyone’s guess.

• Launch off of Air Vents in different matches (5)

• Deal damage with pistols to opponents (500)

• Visit an oversized Phone, a big Piano, and a giant Dancing Fish Trophy (1) 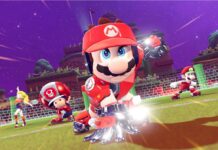