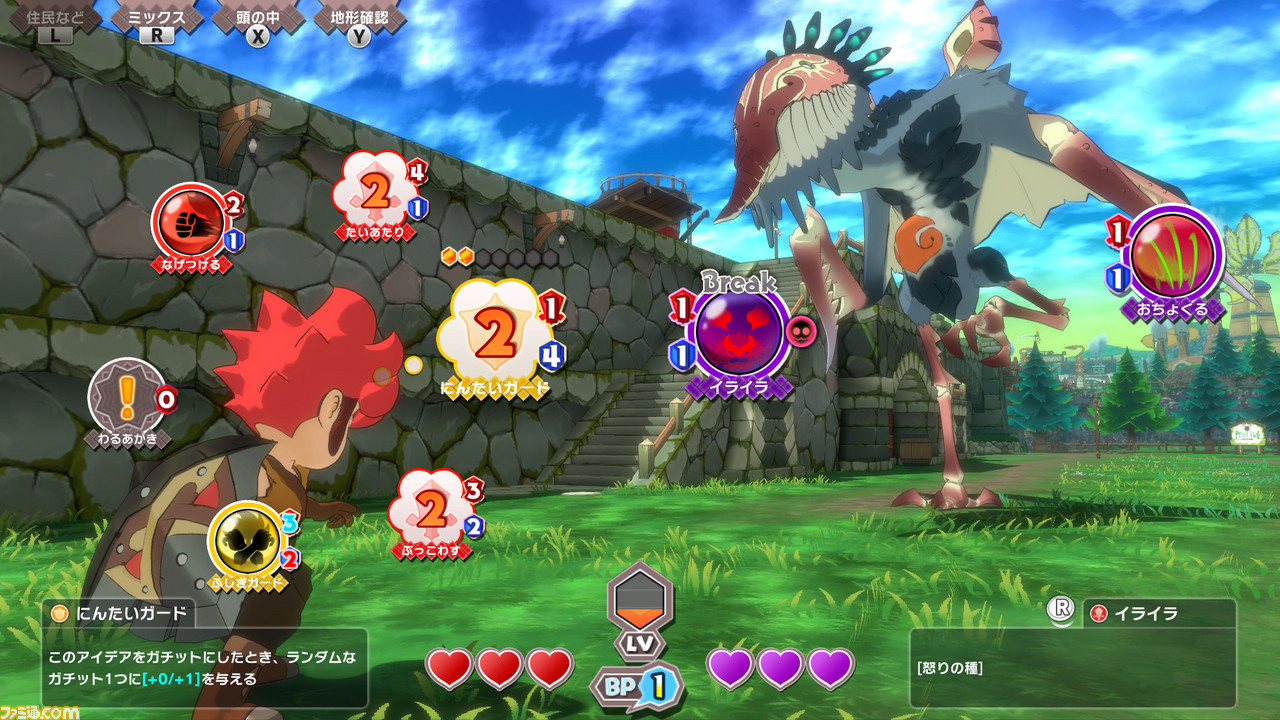 Yesterday, we heard how Game Freak is attempting to create something “more exciting” than Pokémon in its upcoming Switch RPG, tentatively titled Town. Unfortunately, there’s been little to no information about this new project since its initial September reveal in 2018.

All we do know is the game is set entirely within a small village and explores the aftermath of invading monsters. While we got a quick glimpse of the in-game battle mechanics during the original Nintendo Direct reveal (see below), Famitsu has now shared a brand-new screenshot of Game Freak’s upcoming project, in a feature celebrating the company’s 30th anniversary.

Game Freak programmer and director Masayuki Onoue revealed the company is currently prioritising original pitches and ideas over Pokémon, in a company initiative known as Gear Project. The aim with projects such as Town is to help staff gain experience and stay refreshed.

Town is due out on the Switch eShop later this year. Do you like the look of the battle system in this game? Tell us below.