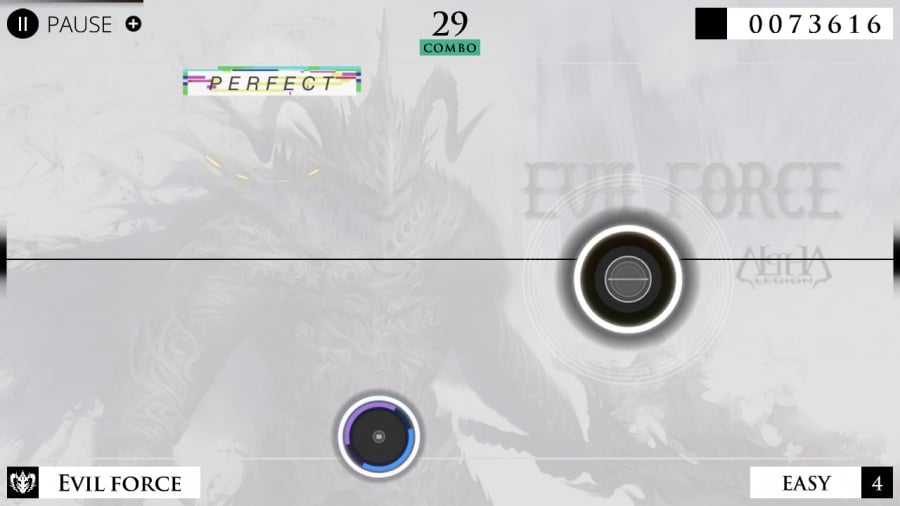 It’s pretty safe to say that we’ve been feeling rather hyped to give Cytus α a try ever since it was first announced for Switch. The game comes from Rayark, a Taiwanese indie developer which has already brought both VOEZ and Deemo to Switch in the last couple of years, following their rhythm-based footsteps right to the pearly gates of Nintendo’s storefront. With two great games like that already under Rayark’s belt, we were hopeful that this latest release would be well worth our time, too. So was it?

Well, in a word: yes. Cytus started life on mobile platforms back in 2012, before eventually making its way to PlayStation Vita the following year. The edition you’ll find on Switch, with the little ‘α’ attached to the name, includes more than 200 songs from the original release and some new ones that have been made specifically for it (you’ll find a decent mix of electronic tracks, pop, trance, and more waiting for you). The game’s publisher, Flyhigh Works, has described it as the “definitive edition” and we can certainly see why. 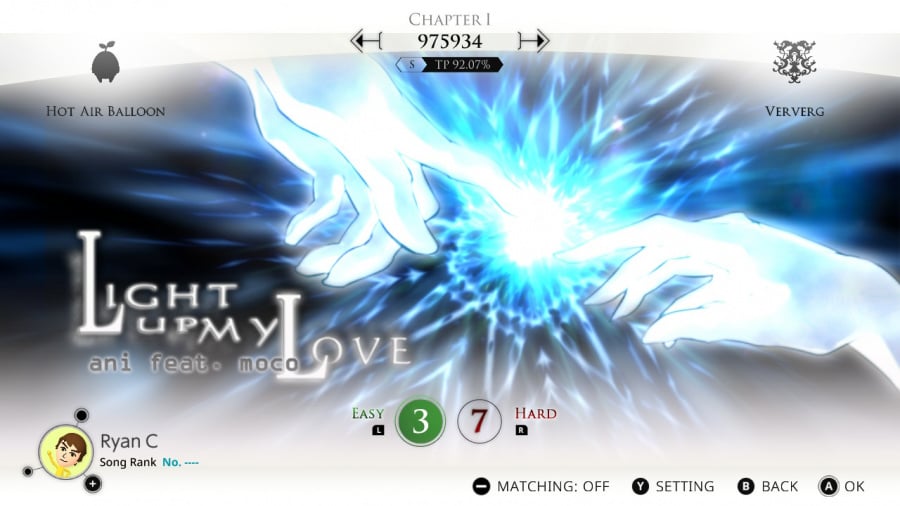 This small avalanche of tracks is initially presented to you in a single-player story mode. You’ll make your way through chapters, scoring as many points as you can on each song to unlock the next chapter in the list. You’ll also unlock data entries as you go which slowly piece together a story; accompanied by lovely pieces of art, these little snippets share a tale of robots living with human memories and the importance of the music you’re playing, but in all honesty, we usually just wanted to get right back to the action itself.

Speaking of the action, let’s explore the actual gameplay. As you might expect, being a rhythm game, Cytus α tasks you with successfully playing along to music. A black bar bounces between the top and bottom of the screen in time with the beat and pulsating circles begin to appear to represent the notes you need to hit. As the black bar passes through a note, the circle changes in appearance slightly, indicating that now is the time to give it a tap.

It’s a very different approach to input when compared to VOEZ and Deemo, but we have to say that it’s absolutely the best of the three. The notes can appear anywhere on the screen – so nothing like games such as Guitar Hero where different colours consistently reach you at the bottom – and you’ll find yourself attempting a crazy kind of finger ballet as they pop up all around you. Notes have different input requirements – such as a single tap, a longer hold, or sometimes a dragging action which can go in any direction across the screen – and it’s incredibly fun. 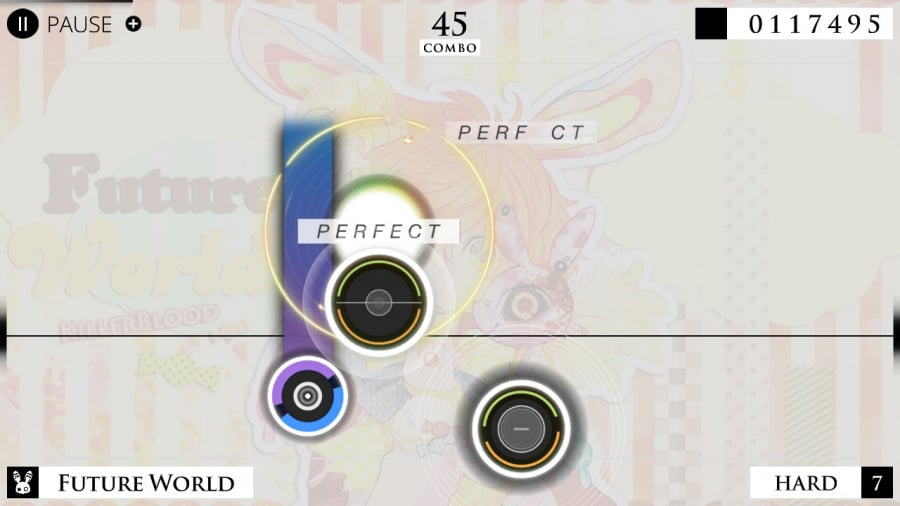 These actions can all be performed either by using the touchscreen in handheld mode, or with your Joy-Con should you prefer a traditional controller setup. If you use a controller, notes can be hit by pressing any of the face or directional buttons, and slides can be triggered with the shoulder buttons. We tested both control methods across a variety of songs and, for us at least, the touchscreen option wins hands down. There’s something particularly satisfying about dancing around the screen playing a musical version of whack-a-mole, and we found swapping between standard notes and slides a little too fiddly with a controller.

We actually struggled to get to grips with either mode at first – not realising that the notes were colour coded to let you know the best time to hit them – but as time went on, we really started to get in the zone and ‘feel’ each track. The hit points for each note are also pleasingly accurate and surprisingly forgiving, allowing a decent amount of room for error should you spot a note a little late.

On the easier side of things, you’ll likely find it to be a mostly relaxing experience, and as each and every song in the game comes in both easy and hard flavours, you could choose to play through the entire thing in this way. The harder difficulty is definitely where the most fun can be had in our eyes – tapping and sliding your way around the screen at about 150mph is immensely satisfying when you pull it off – but some of the tracks really aren’t for the faint-hearted. Any songs described as being level 7 or above (the scale ranges from 1 – 9) had us frantically pressing anywhere and everywhere in a desperate attempt to score any points at all. To master the hardest songs, you’ll need to memorise not only the song itself, but the tap, hold, and slide patterns presented to you at frightening speeds. 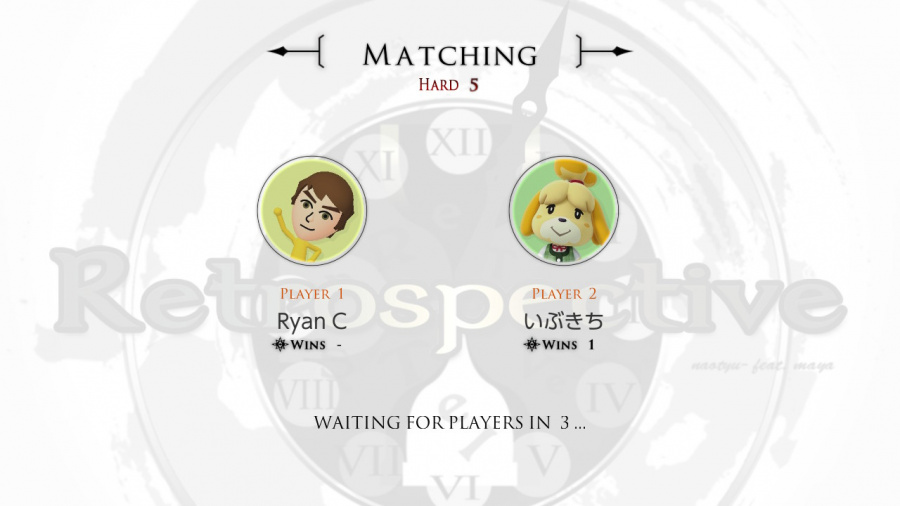 When you couple that need to learn each song thoroughly with the highscore-chasing nature of any rhythm game, you’ll find that there’s plenty of replayability here. A quick look at your status menu shows you how many songs you’ve cleared on each difficulty, how many times you’ve hit 100% of the notes, and how many times you’ve earned the ‘Million Master’ title for a song (awarded when you hit all of the notes with perfect timing). If you’re crazy enough to attempt getting the Million Master medal for every song, you’re going to be playing this one for a long time.

There’s actually even more of a reason to stick around, too, thanks to an online matchmaking feature. You can decide whether or not you’d like to face opponents online while playing through the story, or you can simply jump into online matches from the main menu at any time. These act like mini battles, where one to three players play through a song and compete in real time. The game runs perfectly well when connected to other users, but we did struggle to find other players for matches at times (this was on the game’s launch day, it should be said).

As you can probably tell, we’re pretty chuffed with the game as a whole, but there’s one little thing holding us back from insisting that everyone and their cat should buy it immediately: the price. Don’t get us wrong, this is an incredibly tight rhythm experience with a good amount of content, but we feel that Rayark has almost shot itself in the foot with its previous releases. Cytus α costs a full $49.99, with both VOEZ and Deemo being available for just a fraction of that price. Cytus is definitely the strongest of the bunch, but when you consider all of the free updates which have arrived in the other titles, boosting their song tallies and leaving Cytus’ online mode as the only real difference, it’s hard to truly recommend this new release over the others. 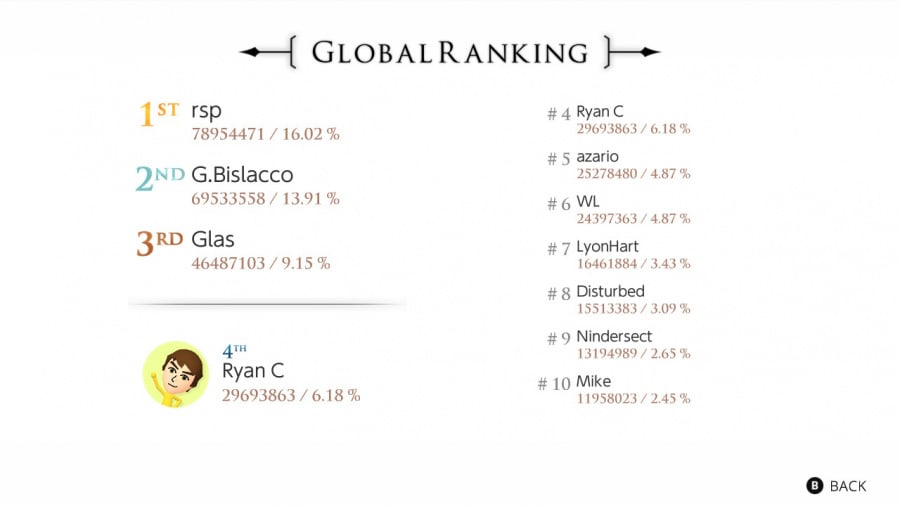 In terms of gameplay, Cytus is quite possibly the best rhythm game available on Switch. In terms of value for money, the lines are a little more blurred.

Cytus α is a wonderful take on the rhythm genre with a note layout which is really nicely suited to Nintendo Switch. Tapping and sliding your way around the handheld’s touchscreen is an absolute delight when you’re in full flow, and should more and more players start to fill up the online lobby, this could easily be considered one of the best rhythm games on the platform. The full retail asking price is a little hard to swallow when put in direct comparison to other, similar titles, but the quality is there if you don’t mind taking a harder hit to the wallet.