The Blackout Club is a co-operative crouch ’em-up that sees up-to four players assume the role of wily American teenagers who form a backwoods society dedicated to figuring out what the heckin’ flip is wrong with their neighbourhood. Why do they keep waking up in strange places with blood on their clothes? Why are their parents sleepwalking in the street at night? And what is that weird-ass music emanating from underneath their homes? A lazy person might describe it as Thief meets Left4Dead. A lazy person, but also a correct one.

Setting up their headquarters in an abandoned rail-carriage, each night sees your teenage team embark on a mission into the neighbourhood to learn more about the mysterious entity invading your dreams. These missions are usually a combination of two randomly selected objectives, which could involve anything from putting up Blackout Club recruitment posters to following a trail of blood and seeing where it leads. You start out scouting the neighbourhood itself, but you’ll almost always end up venturing beneath the houses, into a warren of white-walled tunnels simply known as “The Maze”.

Developers Question have a strong heritage in immersive sim design, with credits that include Bioshock, Neon Struct, and Thief: Deadly Shadows. This heritage is apparent both in the style and systems of The Blackout Club. The neighbourhood’s endless night is drawn in a rich, saturated palette reminiscent of Rapture’s bloom-lit architecture, where the sky is a deep-ocean blue and each light is glaringly bright, emphasising just how visible you are when illuminated by them.

But the whitewashed timber houses are also fraught with (often literal) gothic undertones, harking farther back into Question’s lineage. There’s a strangeness to the Maze and its shuffling denizens that recalls the more supernatural moments of the Thief series, particularly levels like the Haunted Cathedral and Jordan Thomas’ own Shalebridge Cradle. That DNA Is evident in the way the Sleepwalkers shuffle zombie-like through the night, in the little trills and stingers that bounce around the audio, equal parts music and ambient sound.

Most of all, though, it’s in the fact that The Blackout Club is a stealth game, and a pretty refined one at that, once you adjust to the slightly slippery movement at least. In the early game, your main opponents are Sleepwalkers, the adults of the town who wander its streets in a permanent state of somnambulism. They may be unseeing, but they have keen hearing, following you if you walk or run past them, or even if you sneak on certain surfaces like concrete or stone. Speaking of which, The Blackout Club is the first stealth game in a long time where the surface you’re stepping on matters, which brought a big smile to this aged Thief fan’s face.

As you progress deeper into the game, you’ll need to avoid security cameras with traffic-light alert phases, speed-traps that shock if you run through their perimeter, and faceless Lucids who hunt you down with a flashlight, racing toward you when they sense your presence. You can fight back to an extent, temporarily pinning enemies to the ground, deploying distraction items like firecrackers or flashbangs, even knocking one or two enemies out completely with a well-aimed tranquiliser dart. But these are always delaying tactics. Evasion is paramount, as each time your enemies are alerted, you increase the likelihood of invoking the Shape.

The Shape is The Blackout Club’s nuclear option, an invisible creature who you can only sense by closing your in-game eyes. If the Shape appears, it’ll chase one player relentlessly, and if they’re caught, the Shape will take control of their mind, forcing them to wander the map and run away if any of their fellow teens approach. If you can catch a “Shaped” companion, you can revive them, but if you all get Shaped, then it’s back to the menu screen with you teenage dirtbags.

Combined, these elements produce some thrilling procedural horror. New players will suck their breath through their teeth each time a Sleepwalker shambles in their direction. As you become more adept at sneaking around, instead the fear comes from the knowledge that each slip-up increases the likelihood that the Shape will come out to play. When it does, even the best players will have to fight panic as they try to put distance between themselves and their invisible assailant.

Indeed, The Blackout Club is at its best when things are going slightly wrong, but you have the wherewithal to deal with it…mostly. In one game I led the Shape a merry chase around the neighbourhood, only to end up cornered in a garage by a Sleepwalker. All I could do was repeat “I’m trapped, I’m trapped,” down my microphone as the Shape loomed yellow behind my eyelids.

I love both the atmosphere and the mechanics of The Blackout Club. I like the surrounding structure a whole lot less. The surface issue is that levelling is achingly slow, and it’s levelling that unlocks new mission types and areas to explore. Consequently, you end up replaying the same objectives over and over, objectives which simply aren’t varied or interesting enough to withstand that amount of repetition. Levelling can be sped up by playing with a full complement and uncovering “Bonus Evidence”, but you still looking at completing three or four missions per level, and that’s assuming you’re consistently successful.

As I also mentioned, there are a handful of nasty bugs lurking at fringes of The Blackout Club’s suburbia. These include carnivorous trees that lure unsuspecting teens with their spindly fronds, before grabbing them with their geometry and not letting go until the mission is restarted. In addition, both myself and my primary playing partner experienced frequent crashes to desktop, which cost us a good couple of hours of playtime, alongside a fair chunk of XP.

Both problems are fixable. Yet I also feel The Blackout Club lacks a sense of occasion. Question has created a fascinating world here, one that is rich in atmosphere and story. But the piecemeal nature of the world’s reveal, along with the simplistic and repetitive objectives, undermine the worldbuilding. I find myself looking back to my time with Left4Dead – still in my book the best cooperative game ever made – and how it blended its procedural zombie hordes with a fixed set of memorable missions. Each was so beautifully crafted that I could text my friends “Dead Air on Expert?” and you could hear the anticipation in their voices when they scrambled onto the server.

I wonder if the Blackout Club wouldn’t have benefited from a similar approach, offering, say, ten fixed missions designed to arrest your collective attention, rather than housing its compelling stealth mechanics within a hamster wheel of busywork and telling the story around the edges. To use an alternate example, hammering some signs into the ground is alright as a distraction the first time around, but it’s never going to have the same allure as, say, stealing Lord Bafford’s sceptre, or indeed, robbing the Cradle.

Of course, it’s not my job to tell devs how to make their games. I’d get paid a lot more if I did that. All I know is that I’d end a tense mission in the Blackout Club with the Shape at my heels and my nerves jangling like the game’s own gigantic, subterranean instrument. Then I’d watch the level counter creep up a depressing amount, launch into a new game that had nigh-identical (sometimes exactly identical) objectives, and it would kill my desire to play again. I’ll come back tomorrow, and maybe the day after, but beyond that it’s hard to see The Blackout Club recurring in my nightmares. 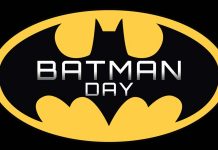 Celebrate The Caped Crusader On Batman Day This Saturday

better or worse than the launch console? • Eurogamer.net

Destiny 2 Xur location: Where is Xur today? What is he selling this week?

DESTINY 2 fans want to know where is Xur what he will be selling this weekend before the next big reset. [...]

MICROSOFT has added more free games for its subscribers to play on their Xbox One and Xbox Series X consoles this weekend. [...]

THE big Hearth and Home update is finally available to download in Valheim today, and you can read about all the significant changes in the official patch notes. [...]

How to get and upgrade the Sideways Minigun and Sideways Rifle...

Epic Games Vs Apple Legal Dispute Leads To An Injunction For...