Star Wars Celebration is currently underway in Chicago’s McCormick Place convention center. If there really is Star Wars fatigue, it isn’t here. This place is packed with fans decked out in Star Wars gear who are eager to find out what the future holds and want to celebrate the past.

When the doors opened at 1 p.m., people immediately formed lines for the exclusive items you can only get at the show. The official Star Wars shop has a line so long that I couldn’t find its end; it just kept snaking around corners. Hasbro also has a sizable line filled with people waiting to buy Darth Maul and Obi-Wan action figures.

Today’s focus is mostly on shopping, photo ops, and autographs. Although twice as many people are expected each day through the weekend, the fun stuff begins tomorrow. Episode IX‘s panel kicks off at 11 a.m., hopefully giving us our first look and a title. Star Wars Jedi Fallen Order is Saturday. The Mandalorian gets its own time in the spotlight on Sunday.

I braved the crowd today and snapped as many interesting pictures as I could. Oddly, the cosplayers were not out in full force, but a 501st Legion representative I talked to thought it would be a different story come tomorrow. Below is a captioned tour of the show that I will update each day: 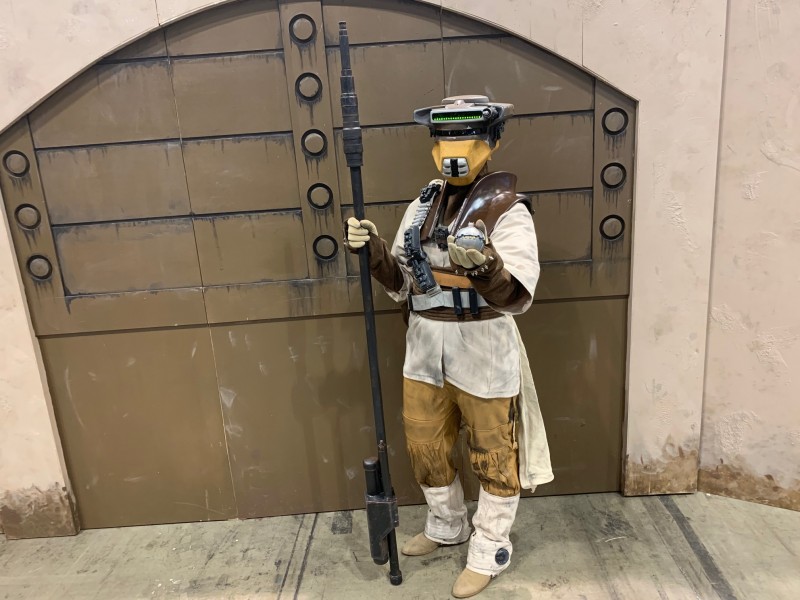 The 501st Legion has a booth set up for photo shoots with some of its members. Today, I mostly saw Jedi, Sith, and X-Wing pilots. Stormtroopers were oddly hard to find, yet numbered in the hundreds at previous Celebrations in Anaheim and Orlando. 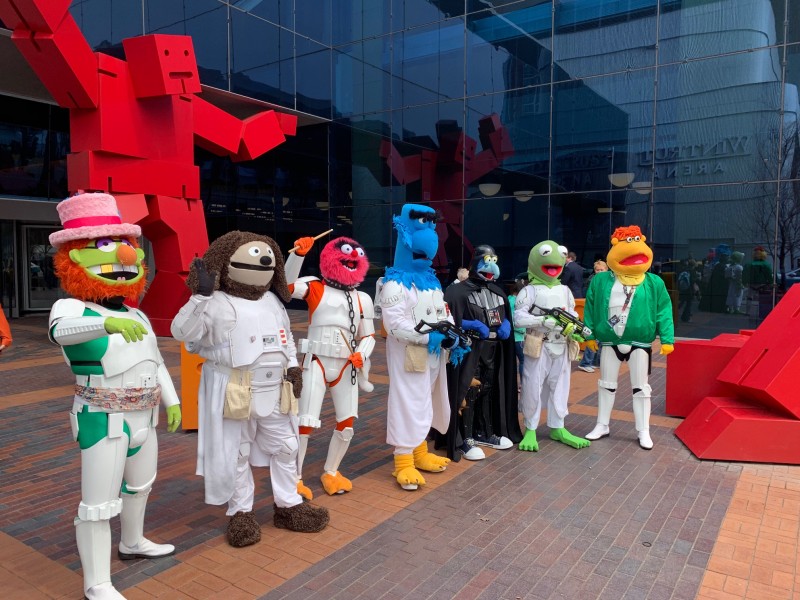 I couldn’t escape these Empire-loving Muppets at the show. They were everywhere, and each time I saw them, I liked them less. Nightmare fuel. 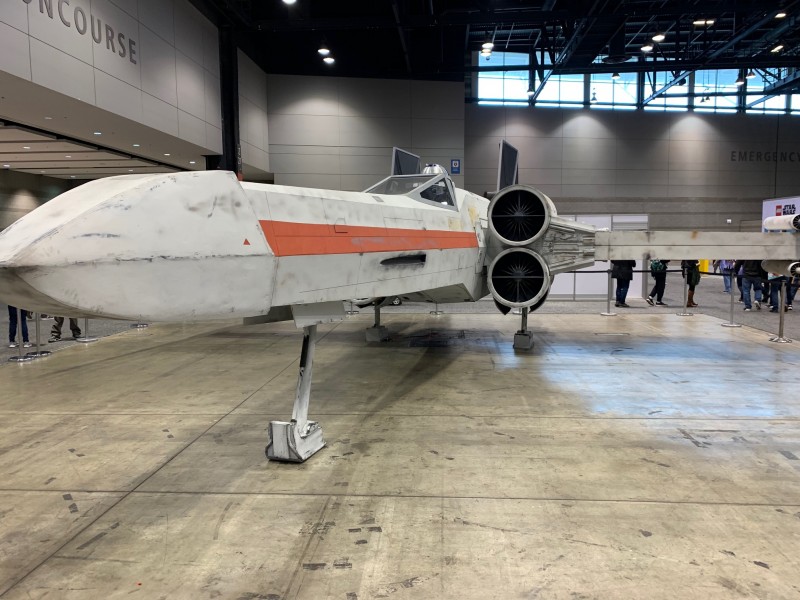 This isn’t a prop. A fan apparently made this and brought it to the show. 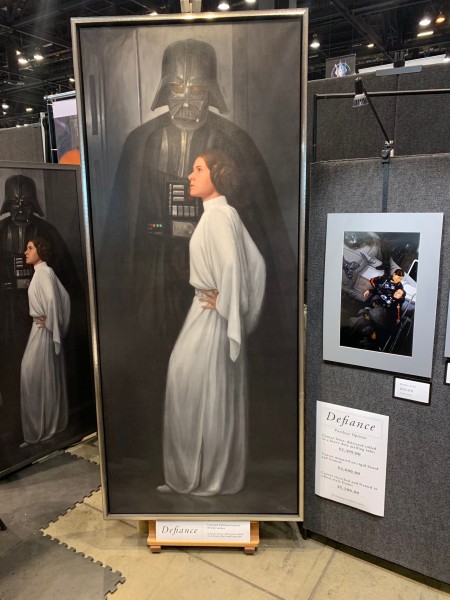 Some of the artwork that is for sale is absolutely stunning. 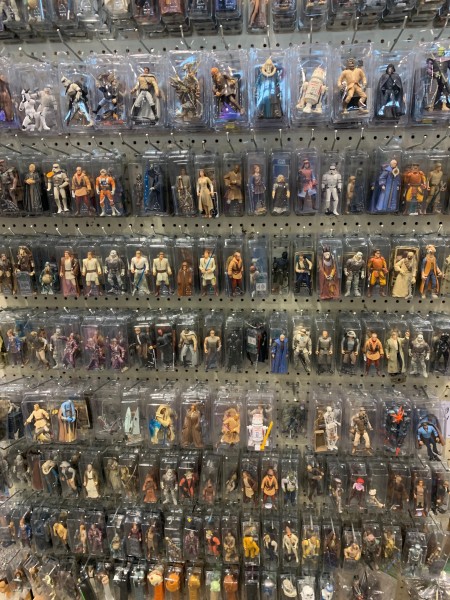 If you have any holes in your action figure collection, you’ll likely find what you are looking for here – both carded and loose. 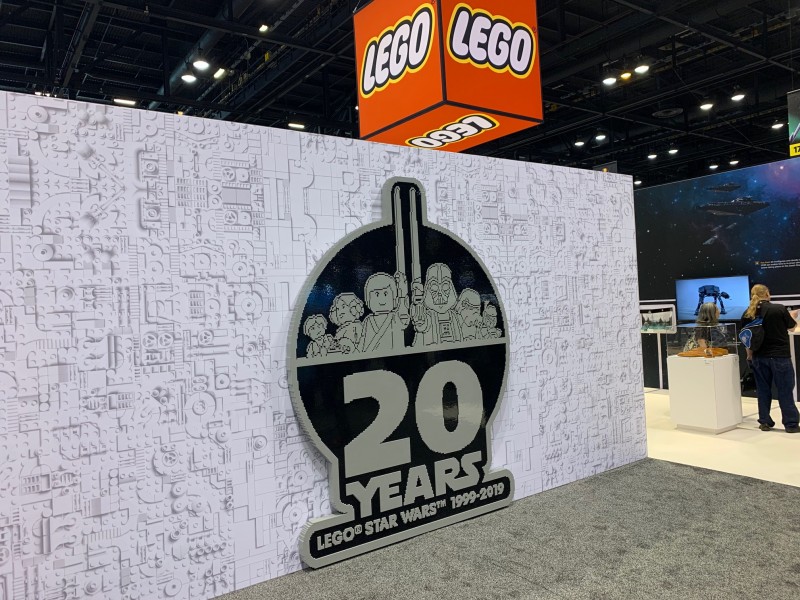 Lego is celebrating 20 years of making Star Wars sets with a booth that walks through some of the toy makers more memorable releases. 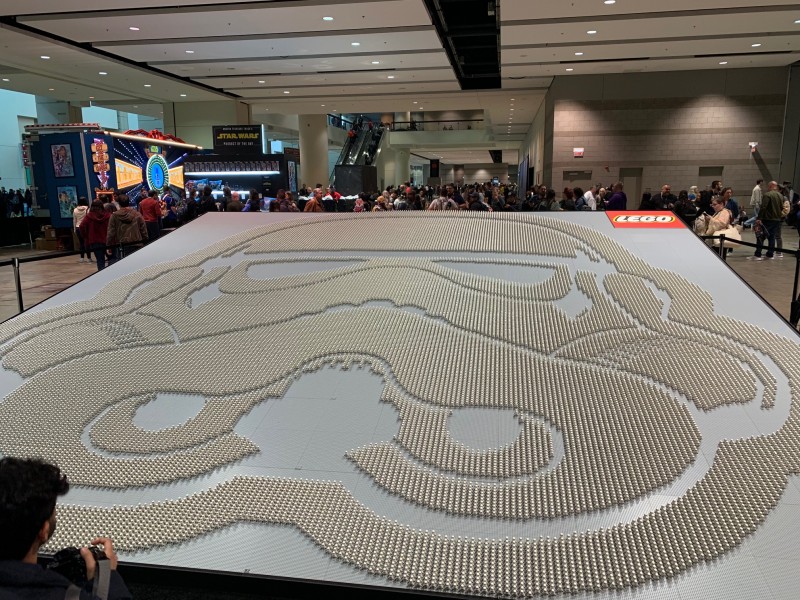 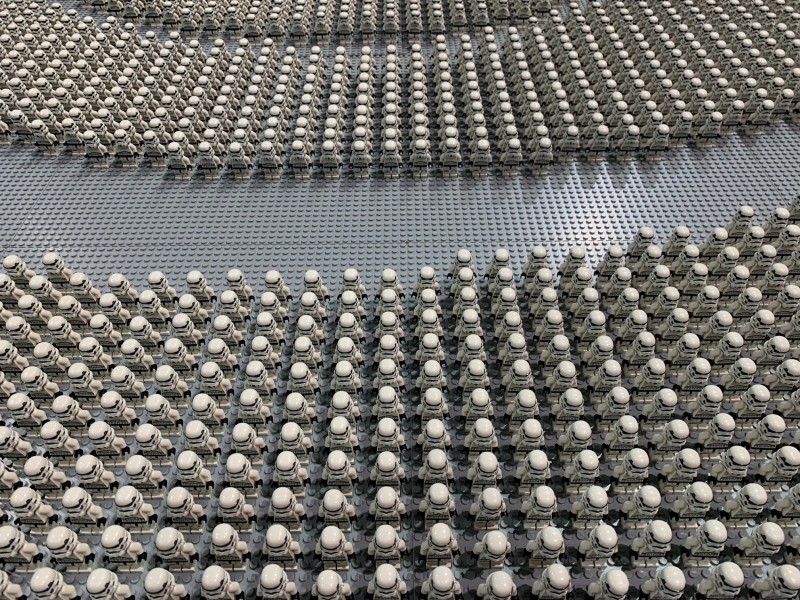 …which upon further inspection is made up of 36,440 LEGO stormtrooper minifigures. 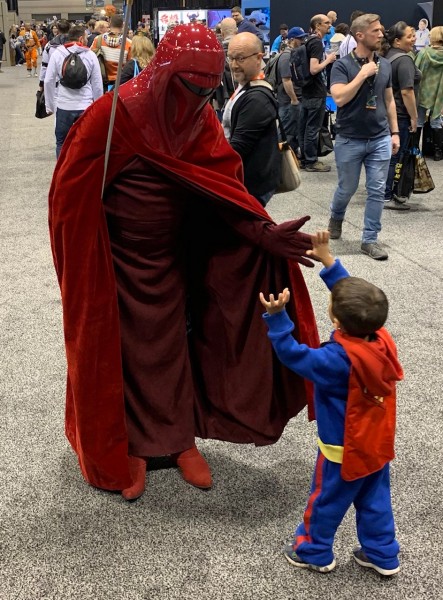 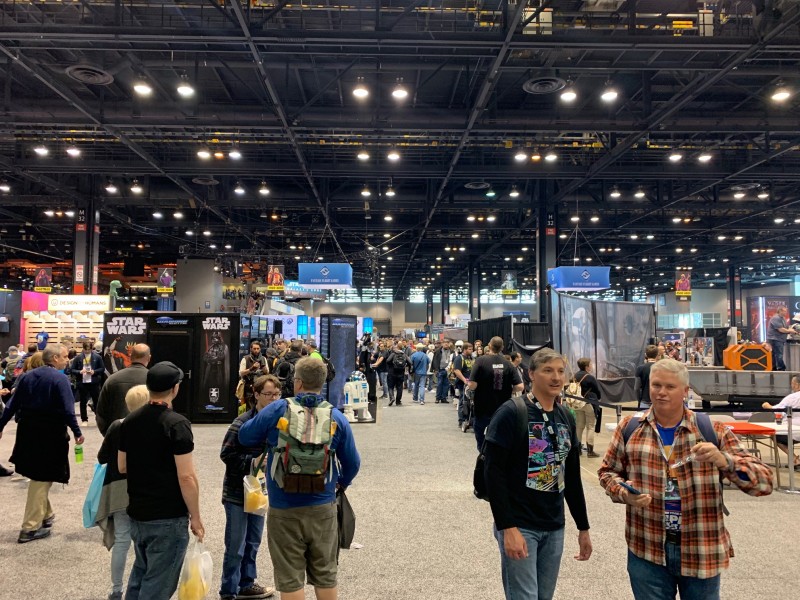 Once you reach the show floor, this is the first view you see. 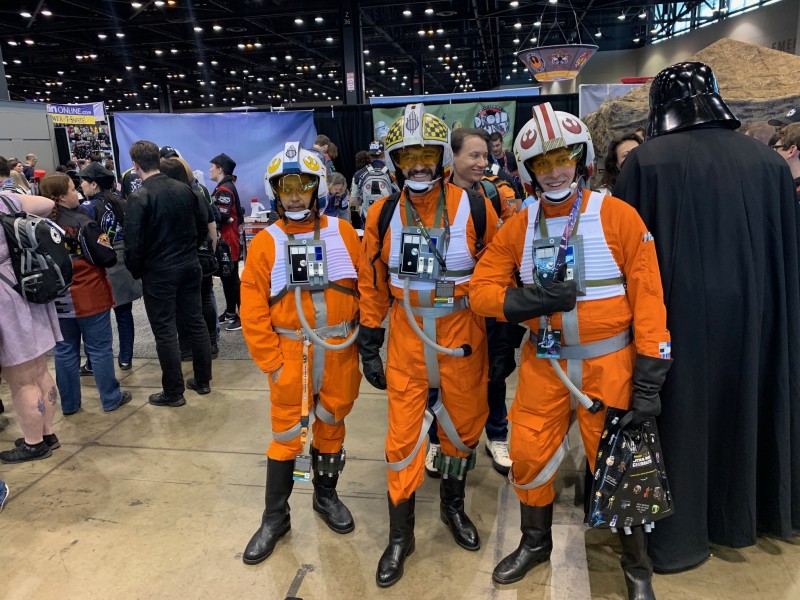 Uhhh, guys. Don’t look behind you. 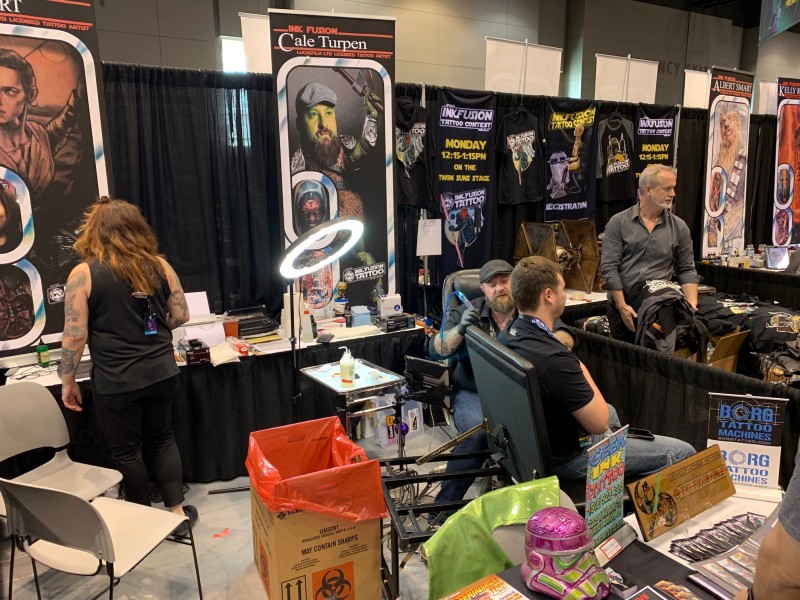 Yup. You can get Star Wars tattoos here. 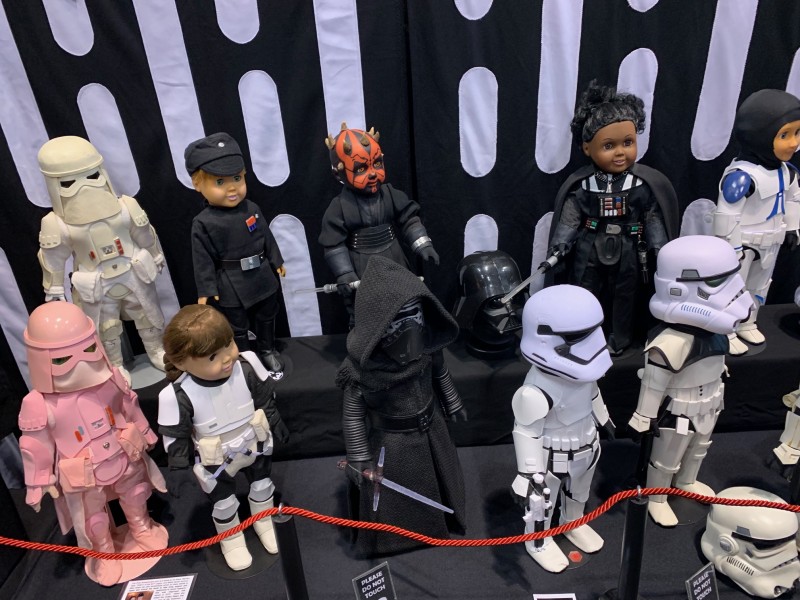 An impressive assortment of dolls that will kill you in your sleep. 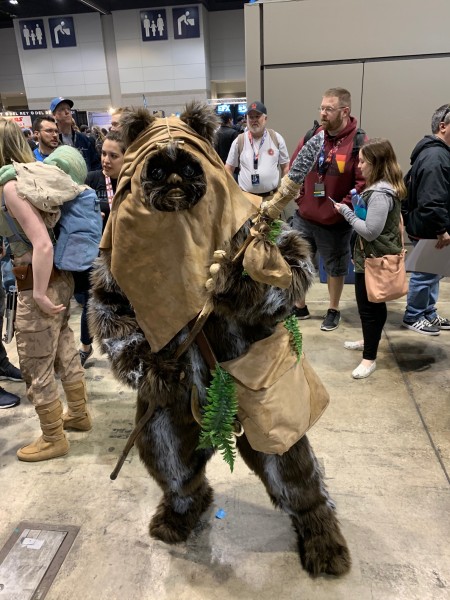 This Ewok didn’t try to attack the escalator when he left for the day. 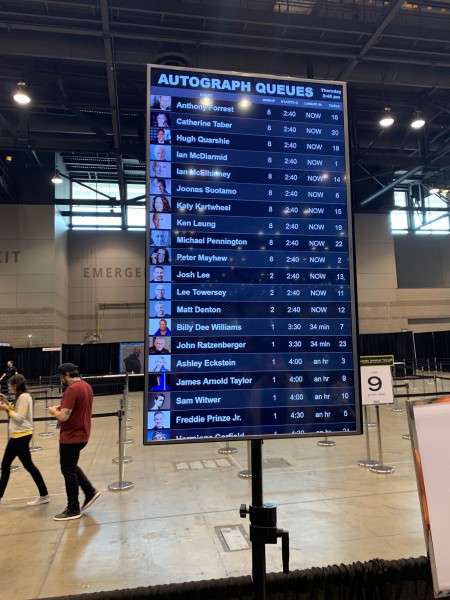 Over a dozen Star Wars actors are on hand at any time to sign autographs. 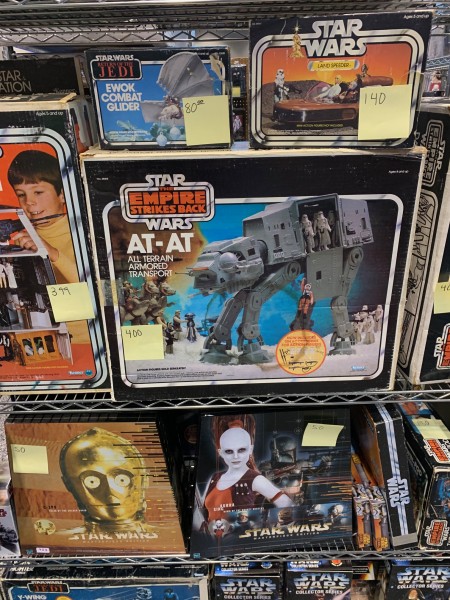 Vintage toys are also for sale for big bucks. 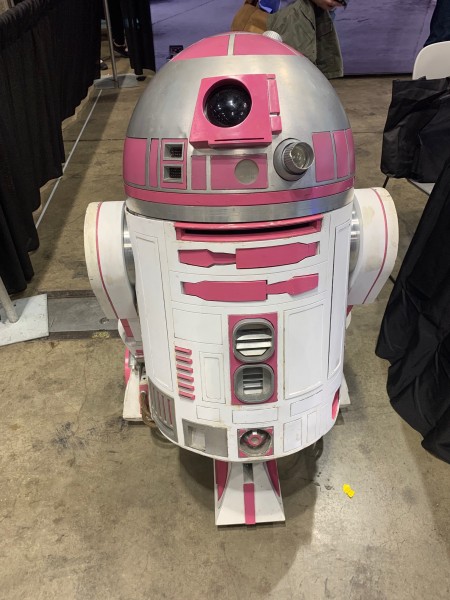 Droids were also hard to come by on the first show day. 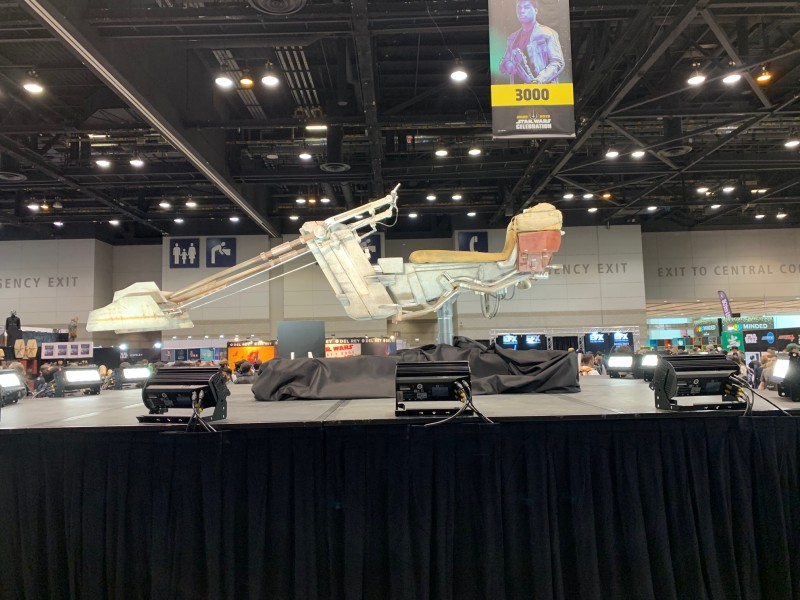 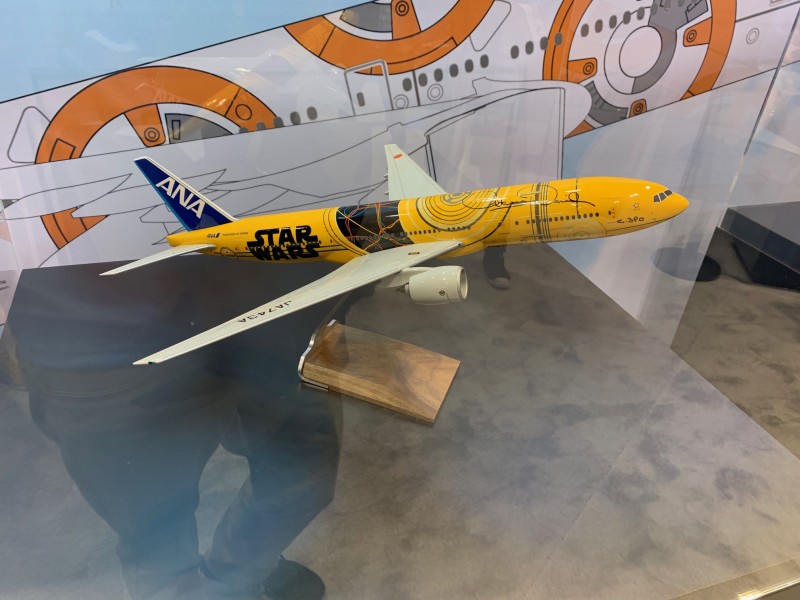 Anthony Daniels, the actor who plays C-3PO, apparently signs everything – even model airplanes. He must be stopped. 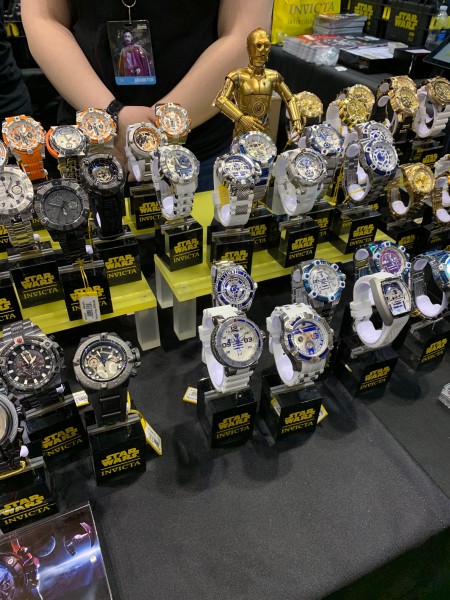 You can buy pretty much everything at Star Wars Celebration, even watches that you’ll wear once. 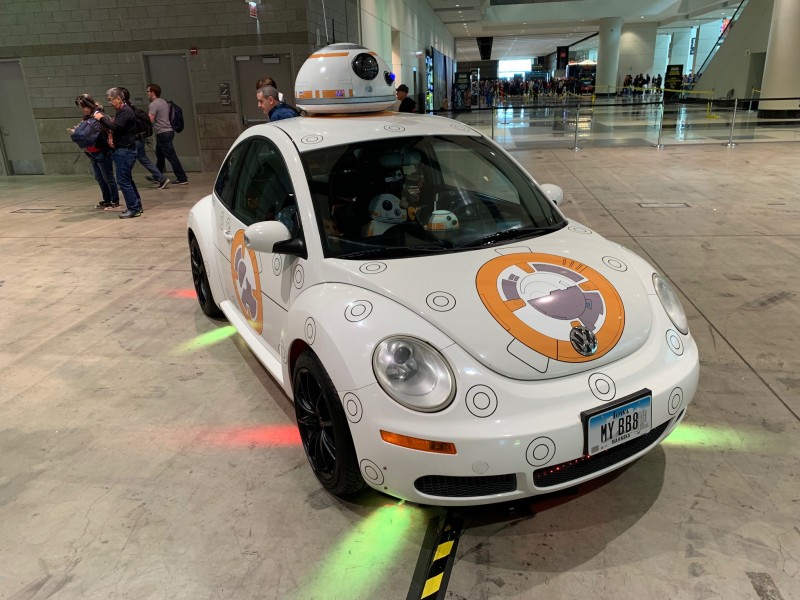 The hottest thing at Celebration is BB-8 cars. 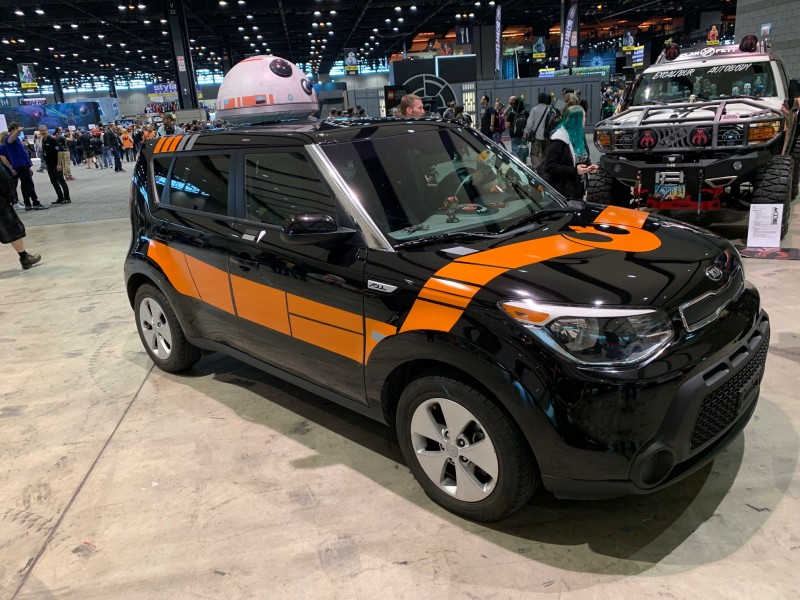 Don’t believe me. Here’s another. 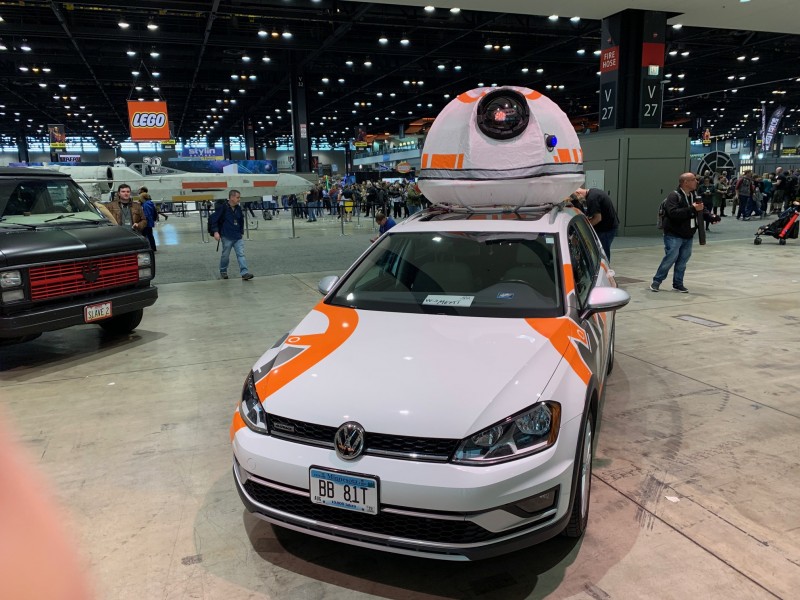 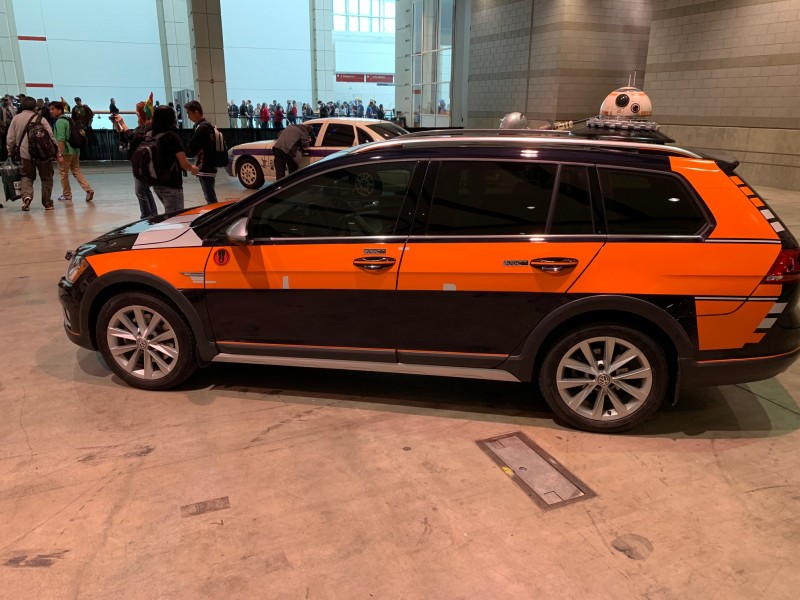