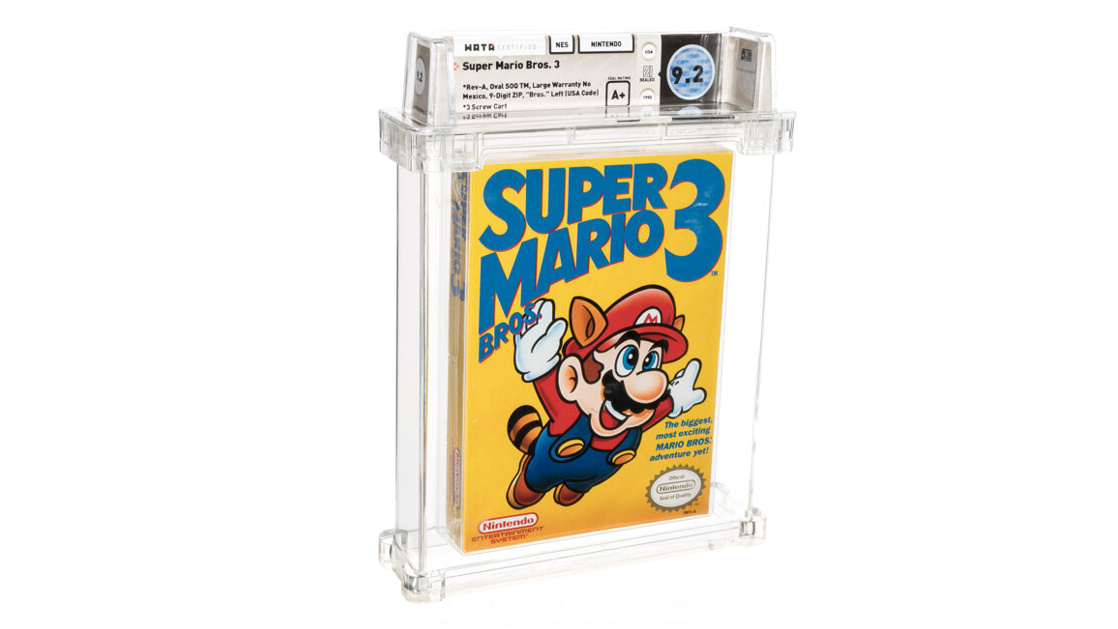 Earlier this year in July, a sealed copy of Super Mario Bros. for NES sold for $114,000 USD. It set a new record for the most expensive video game ever sold. While most probably expected it to hold this record for some time, the highest price paid for a video game at auction has now been broken (again).

“The lot opened bidding at $62,500 – already an impressive sum for the game graded Wata 9.2 A+. But 20 bidders got in the game, sending the final price soaring toward the world record during what would become the world’s first-ever million-dollar video-game auction.”

Heritage Auctions’ director of video games, Valarie McLeckie, said the it was “no surprise” that another Mario game had set a new world record. This particular copy of the game is described as being in “remarkable” condition, but here’s what sets it apart from the rest:

“what makes this copy even more singular is the layout of the packaging itself: Exceedingly rare are sealed copies with the word “Bros.” formatted to the left, covering one of Mario’s signature white gloves. Collectors have spent years looking for such a version – the earliest in the Super Mario Bros. 3 production history – and usually come up empty-handed.”

So, there you go – another record-breaking sale. Of course, if you would like to relive Super Mario Bros. 3 yourself, you can always check it out on Nintendo’s Switch Online NES service.

IT might only be in testing, but it looks like Microsoft is putting together a new way for gamers to

THE next Amazon UK PS5 stock update is coming soon, and gamers can look forward to at least two othe

A BIG GTA 6 release date hint could be dropped this week from publisher Take-Two Interactive.

FINAL FANTASY 14 Fan Fest 2021 is kicking off shortly. Here's what you need to know about the b