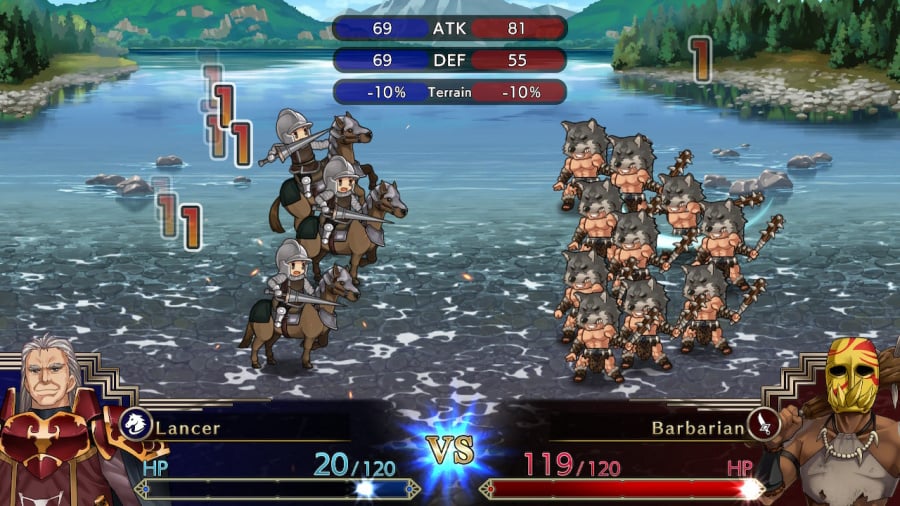 Back in the early ’90s, there were two very similar fantasy-styled SRPG franchises that battled each other for relevance: Fire Emblem and Langrisser. Though each series offered certain defining gameplay or stylistic characteristics that the other didn’t, they were about neck and neck when it came to the overall experience being delivered; if you wanted to play a challenging, semi-simplistic RPG that tested your tactical thinking, it was tough to go wrong with either brand.

Things didn’t stay that way, however. Decades passed, and the gulf in relevance between the two gradually widened. Fire Emblem, after years of struggling to find an audience, finally hit it big and went on to become one of Nintendo’s biggest franchises. Langrisser, on the other hand, could never quite lock down a sustainable fanbase, and essentially disappeared after the ’90s – somewhat ironic when you consider that the first Mega Drive outing was localised as Warsong in North America a full 12 years before Fire Emblem would make its western debut with The Blazing Blade on the Game Boy Advance. 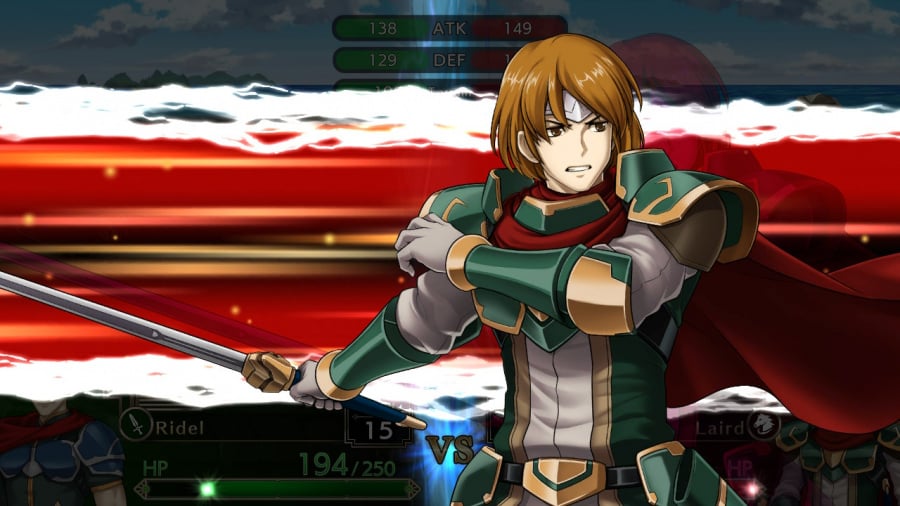 With the recent rise in popularity for Fire Emblem, it seems that now would be as good a time as any for Langrisser to re-establish itself as a modern franchise. In pursuit of this, Masaya Games smartly decided to look to the past, instead of the future, and now we have some well-done remakes of Langrisser I & II. Although the design of these two games certainly indicates the time period in which they were released, Masaya has done an excellent job of infusing these old-school releases with modern sensibilities, new art, and some extra content to make this the definitive way to play some RPG classics.

The storylines of Langrisser I & II are nothing to write home about, marking the first area in which these releases show their age. It’s not so much that there’s anything here which is outright bad, but the plots are painfully simple, high-fantasy fare. Case in point, the plotline of Langrisser centers around a goodly prince named Ledin, whose castle one day falls under siege from the forces of an evil empire hellbent on finding a mythical sword called Langrisser, which is also the key to reawakening an ancient evil force.

The storytelling in either game is entertaining enough in its own right, then, but expecting anything beyond trope-ridden fantasy guff is going to leave you disappointed. Both games do get points, however, for offering up a surprisingly substantial amount of story content. Though a run through of either release will probably take you anywhere from 10-15 hours, replayability is encouraged via the inclusion of alternate paths stemming from certain moral decisions you can make (this feature was present in the second Mega Drive game, but not the first, so it’s a notable addition here). We won’t spoil anything here, but suffice to say, those of you that are charmed by these storyline threads will find plenty to keep you busy. 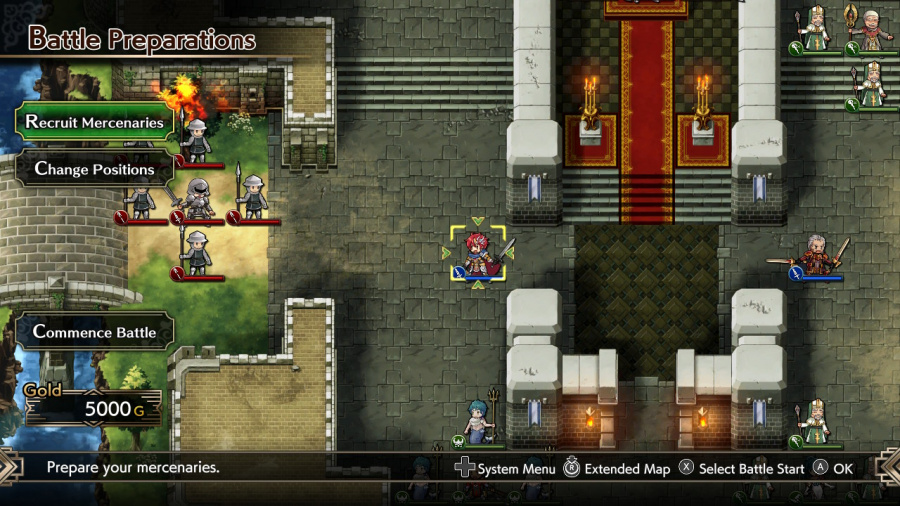 Gameplay in either release takes the shape of a standard tactical RPG, wherein you command an army of warriors on a grid-based map and alternate turns with an enemy faction until one side is routed. All weapon types are strong against certain weapons and weak against others, and differences in terrain can sometimes tip the scales one way or the other. So far, so similar, then. A rather interesting wrinkle introduced here, however, is the Mercenary system. You only have a handful of named, story-relevant characters (called “Commanders”), but each of these characters can be escorted by a handful of other, disposable mercenary units that can fight on their behalf.

In practice, this means your commander can safely acquire experience points without lifting a finger while the mercenaries do all the dirty work. Or, on the other hand, it means you can take your commanders a lot further into the fray because you can rely on some meat shields to take all the critical blows. We deeply enjoyed the extra tactical options presented by having what essentially amounts to a large class of expendable bodies that can be tossed at any problem to resolve it, as it helps to shift the player’s mindset from a compulsive need to protect every single unit on the battlefield. The flipside of this, however, is that battlefields can easily become overcluttered. When every named unit on each team has a harem of four to six mercenaries following close behind them, it can lead to some overlong phase animations where you’re watching every single one of those units move another four or five spaces forward. 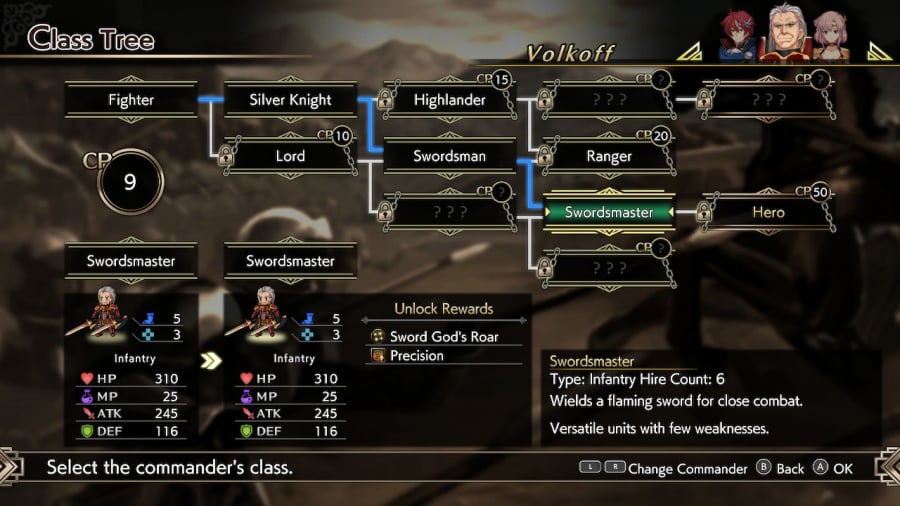 Luckily, battle animations can be expedited or skipped entirely, allowing you to forfeit spectacle in favour of efficiency. It’s fun to watch soldiers duke it out in the flashy cutscenes that play during each skirmish, of course, but those cutscenes really add up when more than a dozen are playing for each phase. Langrisser I & II are both divided into a series of chapters, and each chapter has specific conditions that must be fulfilled before they’re completed. Often, the condition can be as simple as killing every enemy on the battlefield, but sometimes it can be something that requires a little more finesse, such as escorting a largely helpless character across the battlefield to a predefined zone.

On the whole, it feels like Langrisser I & II are both a little to sluggish in the overall pacing department, but the journey is often an enjoyable one. Watching your army slowly overcome a daunting military force and gain all sorts of experience in the process never ceases to be rewarding and satisfying, and you’ll often go for ‘just one more’ chapter to keep chasing that high.

When off the battlefield, you can manage your bench of commanders in myriad ways, tweaking each one to fill a niche you need on your team. Upon each level up, commanders gain all the expected bumps to their stats, but they also get a few “CP” points that can be used to change up their classes. Each commander has a class tree that shows a branching progression path for where they can go, and you can spend earned CP to unlock new classes. 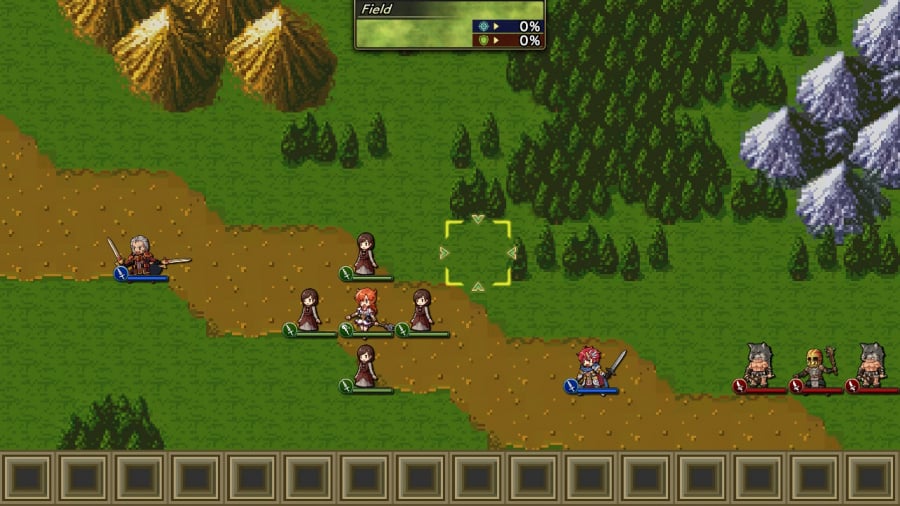 These, in turn, will affect things like your commander’s stats, the kinds of mercenaries they can hire, and new skills or spells to use in battle. Best of all, you can freely change to any class you’ve unlocked, which does a good job of encouraging experimentation and removes the fear of making any ‘wrong’ choices. And though early classes only have marginal differences from one another, latter options can prove to be quite diverse. Flying units, for example, are peerless in their overall mobility, but they can also tend to be glass cannons that don’t hold their own all too well in a fight. Balancing your team is key, then, and figuring out what does and doesn’t work together is a satisfying experience.

On the presentation side of things, both Langrisser I & II prove themselves to be exceedingly competent, offering up a range of options to satisfy both old and new fans. By default, you’ll be playing both games with the ‘modern’ settings on, which includes redrawn art by Ar Tonelico artist Ryo Nagi, redrawn map designs and rearranged background music. However, if you go into the settings menu, you can opt to swap in the old-school chiptune soundtracks, original character art (by the legendary Satoshi Urushihara) or old-school map designs – and you can do it in any combination of you so desire. 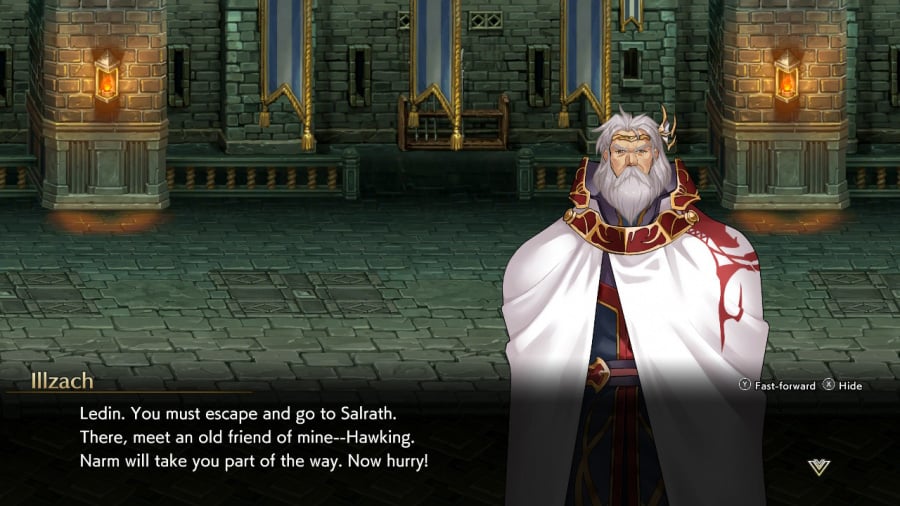 So, if you’re really digging Nagi’s new character portraits but you miss the ‘old’ 16-bit look of the maps, you can easily set exactly how you want both those things to look (although it’s worth noting that you cannot change the in-game sprites, which unfortunately look like they’ve stepped right out of a smartphone game). It’s nice to see that the developers went the extra mile to include this kind of flexibility, though we think it’s worth reiterating that both the old and new styles look great. Longtime fans of the original may not particularly appreciate the ‘different’ look of the new art, but its expressive, consistent, and overall bright look fits well with this release.

ACCORDING to reports, Argos is the latest UK retailer to offer a PS5 stock update, although gamers a

RED Dead Redemption 2 gamers are excited about what's coming next, and data miners believe they

Pre-Ordered A Polymega With Walmart? We’ve Got Bad News For You

Hideki Kamiya Was “A Shoulder To Lean On” During Astral Chain’s...