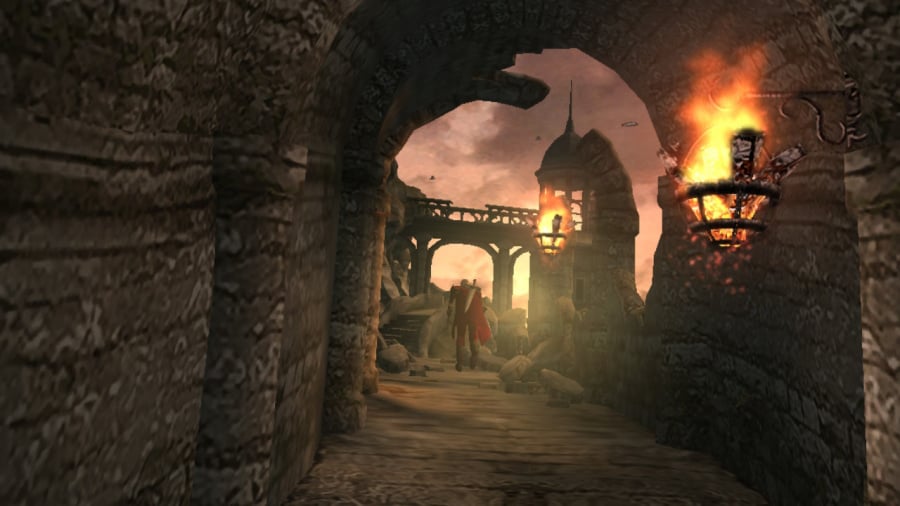 A good 18 years on, it’s mind-boggling to think Devil May Cry was once destined to become what we now know as Resident Evil 4. Capcom clearly wanted to take the series in a new direction at the turn of the millennium – and it did four years later, although in a more traditional and now much-beloved form – but a balletic action game full of combos and stylistic gunplay proved a little too off-piste for survival horror overlord Shinji Mikami. With a rejigged concept and a heavy dose the Divine Comedy as narrative inspiration, the classic Devil May Cry was born.

You can still see the DNA of the Resi games amidst Dante’s debut adventure – such as the fixed camera angles and the fact you spend most of your time running around a large spooky household – but it’s no surprise it eventually became its own thing. Director Hideki Kamiya (who would go onto to direct Ōkami, Viewtiful Joe and co-found PlatinumGames) wanted the game to exude coolness and swagger in everything from protagonist Dante’s stylised attire to the fast and frenetic action of its melee and ranged combos. Even now, you’re half expecting the platinum-haired antihero to turn the camera and wink while effortlessly juggling a monster in a flurry of white-hot bullets. 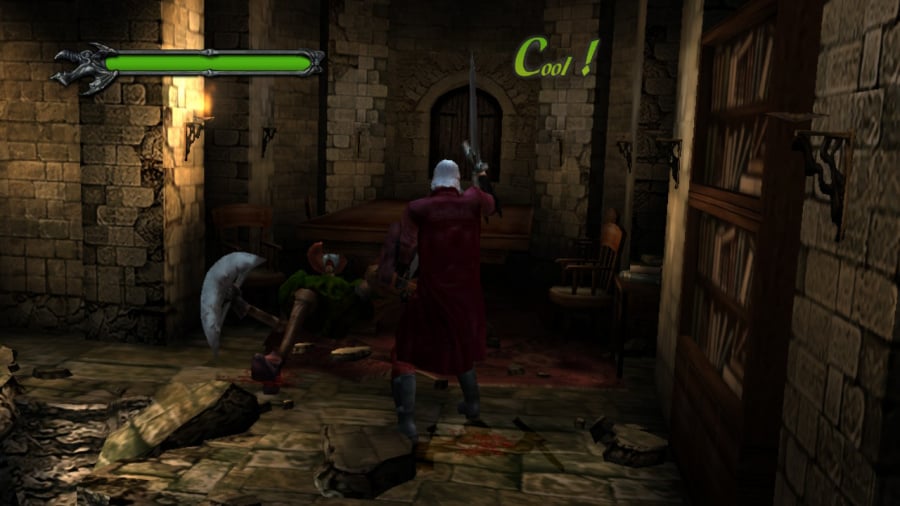 If you ever wondered where Devil May Cry began, back when Capcom was up for trying new things rather than re-releasing and remaking its greatest hits (like this one), this is it. You’ll step into the swanky shoes of Dante, a smart-mouthed monster slayer/emo kid who discovers a dastardly demon by the name of Mungus is planning to unleash hell on Earth. Oh, and he happens to be responsible for the death of Dante’s mamma and pappa. It’s classic Japanese video game melodrama, but if you can look past the janky cutscenes you’ll discover the seeds of Dante’s troubled history in its earliest form.

Set inside a spooky and suitably Gothic castle, you’ll spend your time either solving puzzles (easily the weakest aspect of the game) or engaging some truly brilliant battles and boss fights. The springiness of Dante’s jump – mixed with the effortless way you can switch from ranged attacks to melee strikes, launching enemies into the air or crashing them back to the ground – is still a thing of beauty. Achieving those S ranks is still a hell of a feat, but it’s so satisfying once you’ve learned to sing Devil May Cry’s violent song. The fixed camera angles are still an issue though, and they too often affix themselves to a point in the room where you can no longer see yourself or the enemies around you. It’s an issue that was eventually solved by later games, but it’s a Resi trait Devil May Cry should have never inherited. 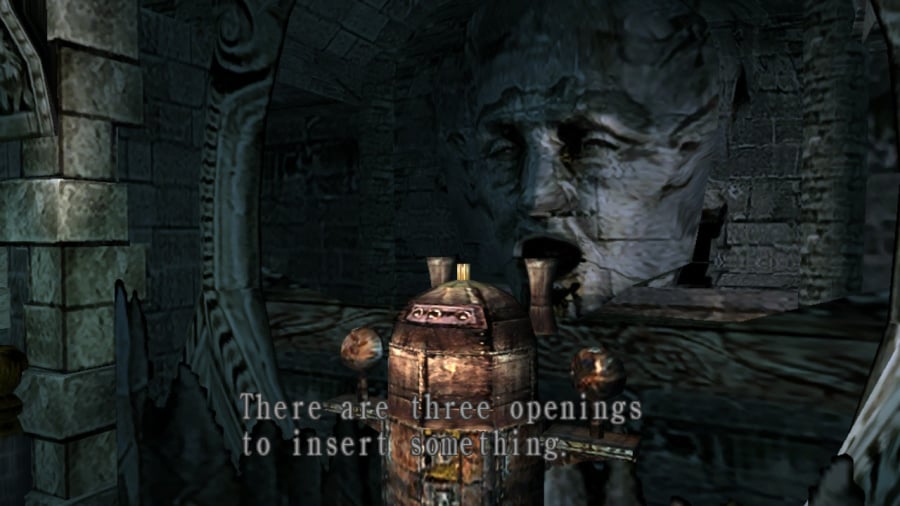 For its time, Devil May Cry was a pioneering title that hung its reputation on the slick and rewarding mechanics of its combat. Its looks and overall aesthetic might smack of early ’00s dudebro machismo some of us thought was cool in our early teens – and they have not aged well over the years – but the seamless transition between dual pistol barrages and sword slashes is as captivating as it was way back on the PlayStation 2. Sure, there’s a few too many puzzles that require Dante to run around collecting keys, and it’s still brutally difficult in places (especially compared to the sequels that followed), but as a slice of platforming action from yesteryear, it still holds up.

Almost 20 years later, and Devil May Cry really is a classic slice of action-adventure fun. It’s still full of slapstick violence, where you switch between fast-paced melee attacks and ranged gunplay to juggle enemies like a John Woo fever dream. However, if you’re new to the series – or you’re familiar with more recent entries, such as the brilliant Devil May Cry 5, which launched earlier this year – the stiffness of an early PS2 game and the bare-bones nature of this particular port might come as a bit of a shock.

There are no special features or unique selling points to elevate this over the better-looking HD versions available elsewhere. It’s functional, but it’s also a time capsule that shows just how much the series improved (mostly) in the years that followed. It’s just Devil May Cry, as it once was, with a few aesthetic tweaks to make it fit modern hardware. There are no easy modes or concessions for new audiences, just a spartan approach that’s both faithful and a little threadbare. It’s classic Devil May Cry, but one that’s really showing its age.

Much like Onimusha: Warlords before it, Devil May Cry preserves all the things that made it great in 2001, while systematically crystallising all of its faults. It’s a shame it wasn’t given the remake treatment gifted to Resident Evil and Resident Evil Zero – or even have some form of ‘remastering’ to optimise it for Nintendo Switch – but for fans of the series who hold fond memories of slaying demons and attaining that elusive ‘S’ rank, you can now enjoy Dante’s inaugural adventure in handheld form.