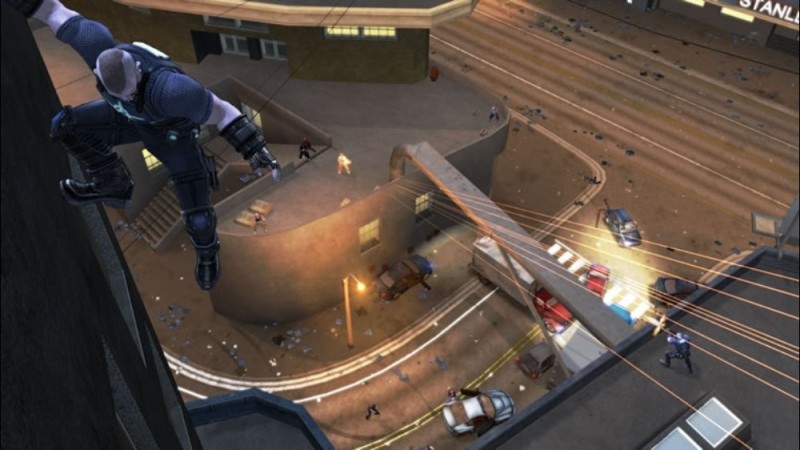 Crackdown 3, despite numerous delays, is actually coming out this month. With just a few weeks left until release, Microsoft is trying to get players ready by giving away the original Crackdown on Xbox One backward compatibility and Xbox 360 for free.

To celebrate the launch of Crackdown 3, we are giving away the original Crackdown for free! Play it on Xbox One with Backward Compatibility https://t.co/79KfRfdQug pic.twitter.com/DMafScdWLs

If you never knew the joy of leaping over small buildings and hurling cars at gang members, or if you simply want a good excuse to do it all again, jump on this chance to see what all the fuss has been about. Plus, if you have an Xbox One X, then this is one of the games even further enhanced by that system.

There was no time limit put on this promotion, but I would suspect the game won’t be free forever. In the meantime, you can watch us play it on an episode of Replay.

Batman: The Enemy Within & Castlevania: Lords Of Shadow 2 Headline March Games With Gold

A NEW Hearthstone Battlegrounds update has been released today, bringing the mighty Renegos, among o [...]

Plants vs Zombies 3 has arrived on Android and iPhones this week as part of a soft launch that limit [...]

SQUARE Enix is gearing up to release the first part of the Final Fantasy 7 Remake in April. [...]

Resident Evil 3 Remake demo release date: When is the RE3 demo out?

RESIDENT EVIL 3 Remake demo has been confirmed by Capcom. So when is the RE3 demo out? And when will [...]

SONY is loosening its grip on some of the high-profile PS4 exclusives, as another game looks certain [...]