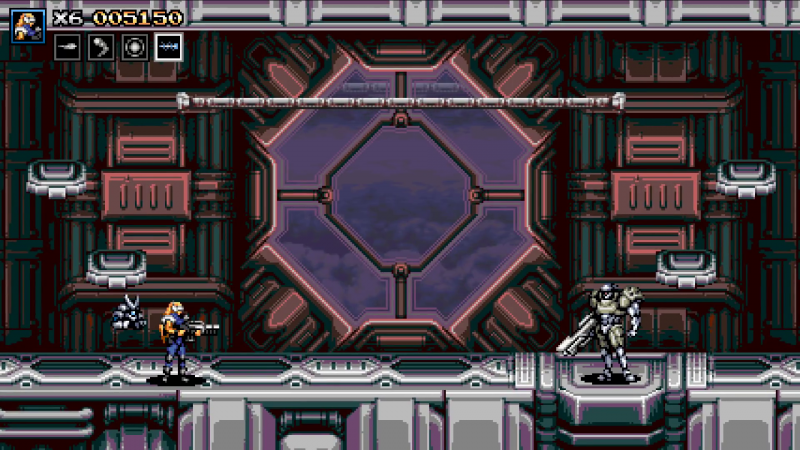 Indie game studio JoyMasher has been working on their Contra-inspired sidescrolling shooter Blazing Chrome for a little while now and the game manages to impress at every new showing. There’s something decidedly refreshing about how deliberately Blazing Chrome wears its inspirations on its sleeves, especially in this new video showing the first section of the fourth level.

Check out the video below.

Unfortunately it cuts off right before a mid-boss battle, which I was eager to see, but it’s clear to see that skill is important to not dying in the new game. Any damage kills your character, so most new players will probably get hit by everything. It’s good to know that you can get good enough to just speed through and it looks pretty fair to do so.

Blazing Chrome is scheduled to release this year on PlayStation 4, Switch, and PC.