Media Molecule has announced that Dreams, its PS4 game creation toolset, will be getting a paid, but “strictly limited”, early access release on the PlayStation Store this “spring”, with a full launch to follow.

In a post on the PlayStation Blog, the developer explained that it’s taking the early access approach for Dreams as a “way to put the game in the hands of our most enthusiastic dreamers and allow us to continue crafting and polishing it for everyone.”

The early access release, says Media Molecule, is intended for creators “who want to be part of the Dreams experience from the beginning” and who want to “create, play others creations, get involved in the social features of Dreams and give us feedback.”

As such, the early access edition of Dreams won’t include the full feature set planned for final release, but will offer “100% of the same Dreams tools that we have used every day at MM to make our content. As well as fun, deep interactive tutorials catering for all skill sets and levels and MM-crafted arcade games ready to play and remix.” It will also be compatible with creations made during the recent Dreams beta, for those hoping to pick up where they left off.

More “features, tutorials, arcade levels and assets” will be added as early access development continues, and Media Molecule will also be launching Dreams’ live service elements, “so the community can get their first look at how we’ll continue to support the game”. Additionally, early access adopters won’t be asked to sign an NDA, meaning they can share their creations publicly through the likes of streaming services and social media.

Dreams Early Access, as Media Molecule is calling it, will be available via the PlayStation Store to those in the UK, USA, Australia, Austria, Benelux, New Zealand, France, Switzerland, Italy, Germany, and Spain. It’ll cost $29.99 USD / €29.99 (so likely anywhere between £23 and £30 in the UK), and will be a “strictly limited release”.

Media Molecule hasn’t elaborated further on that point just yet, or indeed offered an anticipated final release date for the complete experience – but says interested parties should register for email updates to receive further details on Dreams’ early access launch. 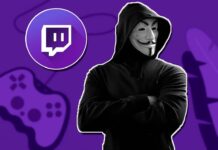