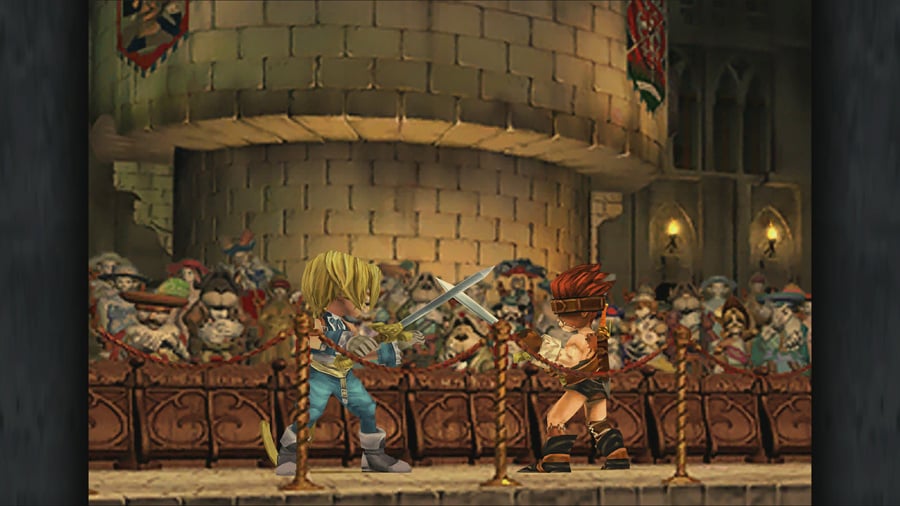 In January of 2000, Square (not yet merged with Enix) made big waves in the industry with the official announcements of its next three main Final Fantasy projects, each of which was being developed with different audiences in mind. Final Fantasy X was to continue pushing the series towards new horizons by releasing on a next gen console, Final Fantasy XI was to take the series to the realm of online gaming, and Final Fantasy IX was to take the series ‘back to the roots’. Indeed, in the wake of VII and VIII changing things up with their futuristic settings, IX was a call-back to simpler days, but bearing in mind all the things that had been learned along the way. Although it certainly does show its age nowadays, Final Fantasy IX still stands as a testament to Square’s fantastic bent for producing quality RPG adventures; it’s a game that no longtime fan of the genre will want to miss out on. 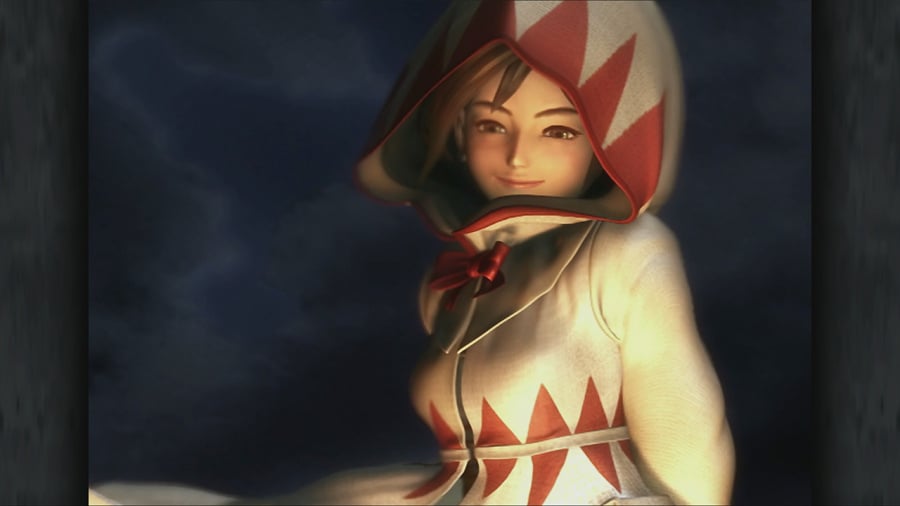 The story primarily follows Zidane, a monkey-tailed boy who gallivants around the world with a travelling troupe of thieving actors, and starts out as a fairly lighthearted and goofy adventure centered around a somewhat botched kidnapping attempt. As things wear on, of course, they don’t stay so simple, and the narrative rather confusingly widens to involve dark events and Blade Runner-esque themes of identity that culminate in Zidane and crew saving all of existence. It’s a fascinating tale to be sure, and one that will constantly keep you guessing, but it does come off as being rather unfocused and oddly paced; left-field characters and major plot events are introduced at a nearly random pace and it often feels like the developers couldn’t decide exactly what kind of story they wanted to tell. Even so, interactions between the diverse party line up remain a steadfast delight throughout, and as long as you don’t go into this expecting a truly heart wrenching plot, the story is sure to entertain.

This being a classic-focused JRPG, gameplay primarily progresses through guiding the slowly growing party through a series of towns and dungeons scattered about the overworld, battling enemies at random, playing the occasional mini-game, and finding plenty of treasure along the way. Combat follows the tried-and-true ATB system that Final Fantasy pioneered, which injects a bit of live action to an otherwise rote turn-based battle structure, but some freshness is introduced through the Trance System. As characters take damage in battle, their Trance gauge slowly fills up, and once it’s full, it allows them to ‘overclock’ their abilities for a couple turns. The nature of this power up varies depending on the character who activates it—such as how Vivi gains the ability to cast offensive magic twice per turn—and while it feels a bit underutilised in terms of how it affects most battles, Trance still brings that all important X-factor to keep combat from getting too stale. 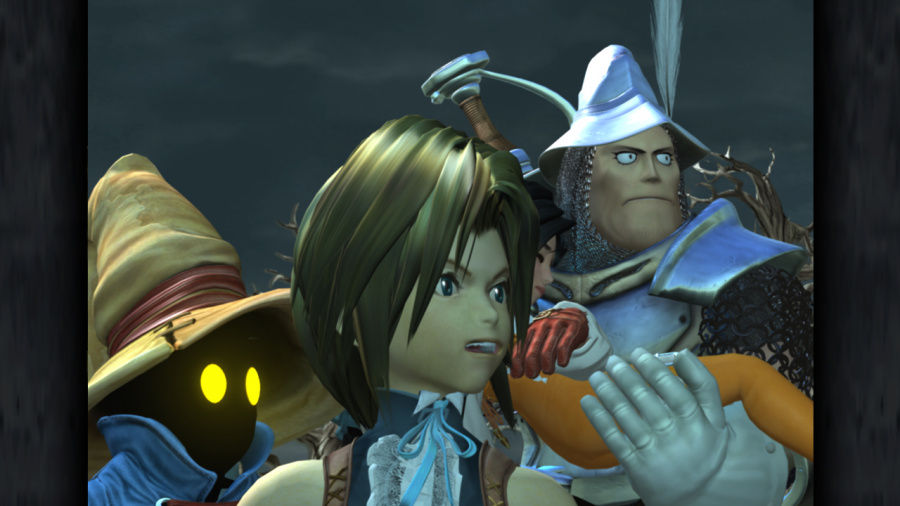 Character progression is handled in a rather fascinating way, where new customization options are introduced not through leveling up, but instead by equipping new armor and weapons. Most armor that you obtain will possess a couple of abilities which become available to a character as long as they have that item equipped, but the abilities can be learned permanently if the character keeps the item equipped and acquires enough AP from successful battles. Learned abilities can then be swapped in and out of a character’s active moveset, with the caveat that each one costs magic stones—another stat that gets boosted with each level up—to have in active use. It’s a system that takes a bit of tinkering to get to grips with, but provides a remarkably straightforward way of offering deep customization for your party. Intentionally burdening a character with weak equipment while grinding up ability mastery is one route to take, or you can forgo a deep moveset in favor of always keeping a character decked out in the most powerful equipment available.

Presentation is likely to be the most polarizing aspect of this re-release, as it’s either endearing or antiquated depending on who you ask. As a game that originally saw release on the PS1, Final Fantasy IX features hefty usage of FMVs and pre-rendered backgrounds in the majority of its environments, and though they look good, they also date the game significantly. It can be a bit disorienting getting used to having your characters constantly running around a flat, grainy picture, though this does become less of an issue as your eyes ‘adjust’ to the contrast between polygonal models and static images. Similarly, the overworld—which is fully rendered—is covered in ‘Mist’ which acts as a convenient story beat to handwave away the hilariously short draw distance. Such issues are simply par for the course for a game from 2000, but as many Switch owners may be contemplating playing Final Fantasy IX for the first time, they do bear mentioning in a modern critique; Final Fantasy IX is a game that has generally aged well, but the same can’t be said for some of its composite parts. 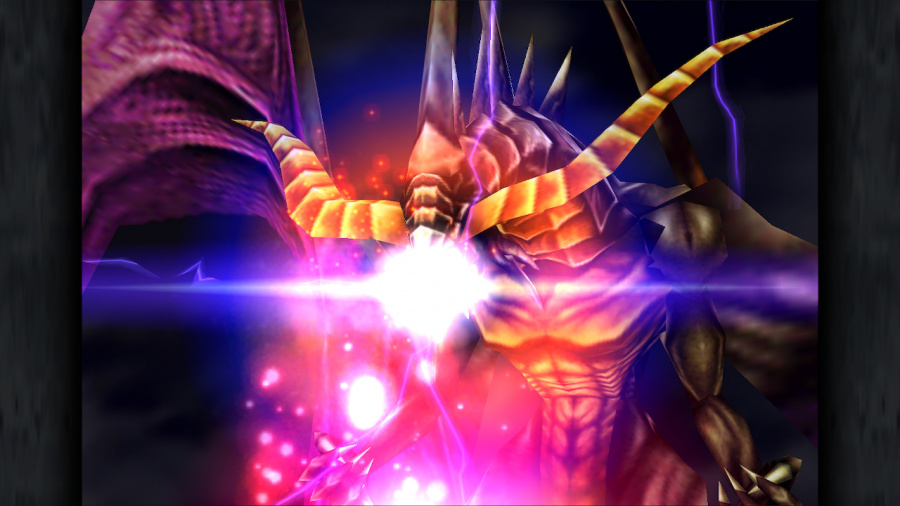 Looking past these issues, however, reveals that there’s still plenty to love in how Final Fantasy IX presents itself. Whether you’re traipsing around cute medieval-style villages, gazing in awe at alien environments filled with tall, mushroom-like structures, or winding your way through a Lovecraftian nightmare, this is an entry in the series that really embraces the ‘fantasy’ of Final Fantasy. Though aged, the pre-rendered backgrounds do a fantastic job of instilling a sense of wonder in the player on a regular basis, massaging your eyes with a constant infusion of colorful and weird vistas and creatures that truly capture the imagination. This is matched, too, by an utterly fantastic soundtrack that spans a vast array of genres and sometimes surprises in where it goes. For example, you expect the typical bass-heavy rock music that is the battle theme, but you may not expect the hymn-like overworld theme or the jazzy tones of the main theme in Lindblum. Much like how its environments are a tour through fantastical worlds, Final Fantasy IX’s soundtrack is an experience that’s sure to surprise you a few times over its run.

This technically being a ‘remaster’ of the original release, several enhancements have been included to help modernise the game in some small ways. For example, all character models have been given HD makeovers, though this has the unintended consequence of making the pre-rendered backgrounds stick out that much more. On top of this, several new features introduced in the pause menu help to smooth over the more archaic aspects of a game from the turn of the century. For example, the random encounters can be particularly heinous when you just want to explore, so “safe travel” can be triggered at any time to turn them off completely or you can trigger double game speed to cut down on the grind. Similarly, if any of the brutal boss fights get to be too much and you just want to get it over with, you can trigger max damage to buff up your offense or trigger battle assistance to refill all health, MP, and Trance gauges. If that’s still not enough, you can also trigger (permanently) max level, max ability mastery, and max money from the settings menu. Indeed, some of these buffs offer nice quality of life improvements while others unashamedly remove all challenge from the gameplay, but they still offer up a welcome (if somewhat inelegant) way for all players to get as much or as little out of Final Fantasy IX as they wish.

Final Fantasy has been an institution in the JRPG genre for decades now, and Final Fantasy IX acts as a good reminder of why. Memorable characters, a wacky (and somewhat meandering) story, deep character customization, and plenty of incredible environments certainly help make a case for why Final Fantasy IX deserves a spot on your Switch’s SD card, even if some elements of this game’s design have aged like milk. If you’re a fan of RPGs and somehow haven’t played Final Fantasy IX yet, it’s certainly worth a download for the privilege to play this classic on the go. On the other hand, if you’re just getting into RPGs, Final Fantasy IX may be a little too obtuse and archaic to recommend when compared to more modern releases. Whichever camp you may fall in, the bottom line is that, warts and all, Final Fantasy IX remains a great RPG to this day; you likely won’t regret picking this one up.

January 20, 2022
0
Ubisoft VR experience lets players become part of the Parisian fire department as it tries to save the famed Notre Dame Cathedral.