Nintendo’s announcement that Metroid Prime 4 was effectively being taken back to the drawing board wasn’t exactly the January surprise fans were hoping for; the sizeable delay to this much-anticipated sequel was an understandable downer for fans.

Despite disappointment, the video update was met with general acceptance and understanding from most corners of the internet; after a couple of missteps in recent years, more time in the oven is fine if it results in the sequel we’ve been dreaming about since 2007’s Metroid Prime 3: Corruption, the last ‘proper’ entry in the Prime series. We’ve waited this long – what’s another couple of years between friends?

However, reading between the lines, the video communicates a lot more than a mere apology and perhaps points towards a renewed investment in a franchise that hasn’t had the best support of late.

Please Understand That We Hear You

More than simply demonstrating contrition and honourably owning the mistake, the video was also a calculated move to show publicly just how seriously Nintendo regards the franchise and its fans – to prove that the platform holder is aware and cares about Metroid. It’s a curious and arguably necessary move after the much-derided Metroid Prime: Federation Force caused the franchise faithful to wonder who on earth was calling the shots.

Nintendo inexplicably chose to reveal Next Level’s spin on multiplayer shooter Metroid Prime: Hunters at the revived Nintendo World Championships in the guise of side-game Metroid: Blast Ball. Divorced from the brand, it might have been a mildly diverting, inoffensive little game, but Samus fans were hungry. Federation Force? Perhaps it’s some kind of Halo ODST-style spinoff! we thought. No – what we saw was a bunch of chibi-looking bounty hunters running around mini Rocket League-style arenas playing 3v3 first-person ‘football’. If that weren’t enough, the fact it was on 3DS was a red rag to an already-peeved bull.

Who knows? Perhaps it was a misguided attempt to woo Japanese gamers to a series they’ve historically been lukewarm on, but regardless of intent, the whole debacle was a spectacular misjudgement that suggested Nintendo had lost its way and completely forgotten what made the franchise special for millions of gamers. The fact that there hasn’t been a solely in-house developed instalment since R&D1’s Metroid: Zero Mission on the GBA in 2004 only reinforces that argument.

Fortunately, Metroid: Samus Returns – the fabulous remake of the Game Boy’s Metroid II – felt like a make-good for a fanbase desperate for a ‘proper’ instalment ever since Team Ninja’s divisive Metroid: Other M in 2010. It was an effective apology, only dampened by its release on the ageing 3DS rather than Switch. With Switch going a long way to winning back the hearts of the ‘hardcore’ after the waggle of the Wii era, some would argue that Prime 4’s existence indicates a change of attitude towards the franchise.

Although it had been on many a fan’s E3 bingo card for years, that logo’s sudden appearance in 2017 was an uncharacteristically predictable move for a company which prides itself on novelty. That reveal proved once again that you can never quite guess what you’re going to get from Nintendo; Smash fans crowed for years about King K. Rool, but did we ever really expect him to join the line-up? Why the sudden change of heart?

Although Metroid’s popularity seems evident – it’s arguably part of that holy trinity alongside Mario and Zelda in the hearts and minds of western gamers – the sales reality makes for sobering reading. On paper, it simply isn’t the tentpole franchise fans perceive it to be, especially in Japan. Metroid Prime, for example, might have done well in the west, but back in Nintendo’s homeland it sold just shy of 40,000 copies in its opening week and managed around double that in lifetime sales. Despite faring much better in the US, sales still aren’t up there with Mario or Zelda. It’s also worth remembering that even the weighty Game-Of-The-Year entries in those franchises haven’t historically been Nintendo’s biggest sellers either – the big 3D Mario and Zelda titles do just fine, but are dwarfed in relative sales terms by the likes of Mario Kart, Wii Sports and New Super Mario Bros..

While (in pure sales terms) Metroid is a rung below Zelda and Mario, sales figures of the Switch instalments of those top-tier franchises show that perhaps that trend is changing. According to Nintendo’s financial reports, Breath of the Wild is the fourth best-selling game on the system with 11.68 million units sold (as of 31st December 2018, including bundles and digital downloads). Super Mario Odyssey’s 13.76 million sales put it in second place, with only Mario Kart 8 Deluxe selling more (15.02 million). Granted, we’ve yet to see life-to-date sales of New Super Mario Bros. U Deluxe which got off to a very healthy start, but these numbers are encouraging for fans of huge, expansive 3D games. If Switch really is the happy medium between the casual and the core audiences, perhaps Nintendo believes a strong Metroid entry could bridge the disconnect between fan perception and business reality. 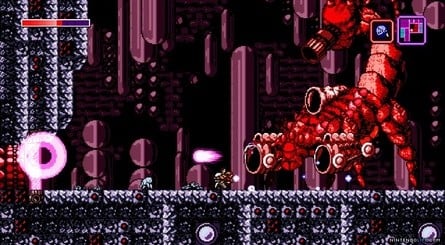 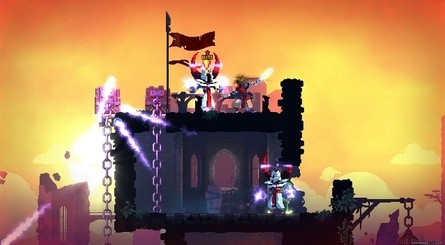 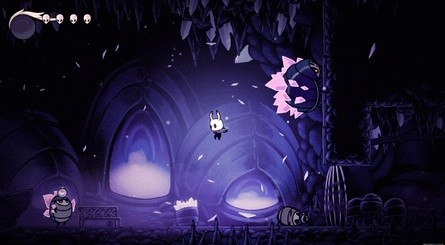 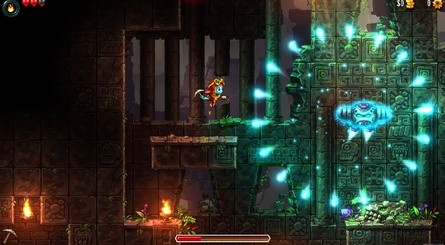 Whether Prime 4 signals a new-found belief in the series or is simply pandering to the hardcore crowd recaptured by Switch doesn’t really make much difference; the result is still a new ‘proper’ Metroid. While some might have hoped for a 2D entry in the vein of Super Metroid, it’s no wonder that Nintendo would return to the 3D branch – the grammar Nintendo arguably invented has now been learnt and mastered by countless others. You can’t move on the eShop without tripping over quality Metroidvanias, and with so many fabulous alternatives, what fresh spin could Nintendo offer?

Of course, the company has a very good track record when it comes to reinventing the wheel, often managing to exceed expectations in the most unlikely circumstances. Its batting average for bringing back series and updating them in new and interesting ways is impressive; you can point to the obvious instances of bringing Mario and Zelda into the third dimension back on N64, but there are plenty of examples of eyebrow-raising propositions turning out very well indeed. A Link Between Worlds was an incredible return to a beloved childhood world – the moment you began playing, all the tension and worry melted away and you were transported back in time, as if there was never any doubt.

That’s not to say Nintendo doesn’t stumble, though. Even its brightest stars lose their shine occasionally, with the highest expectations magnifying flaws in games like Mario Sunshine or Skyward Sword. We’d argue that Star Fox has received the patchiest treatment over its quarter century, with dev team after dev team struggling to recapture the magic of Star Fox 64.

Metroid fans have had a far better run of things. Many bemoaned Nintendo’s original choice of partners for Prime 4, Bandai Namco, especially after the previous collaboration with Team Ninja underperformed, and giving the keys to the franchise back to Austin-based Retro Studios – the second-party developer that moved the series into the third dimension – is a sign to many fans that Nintendo have finally regained their senses after having Retro monkeying around with Donkey Kong for so long. It’s easy to surmise that perhaps some residual bias from upper management in Japan – coupled with their experience of Prime’s long and troubled overseas development – played a part in the original decision to keep development in the east.

Please Understand We’re On It

With a clean slate to work from, Retro’s good form updating the much-loved Donkey Kong Country series with Donkey Kong Country Returns and Tropical Freeze should be heartening to gamers. Although many of the original Prime team have since moved on, it’ll be a matter of personal pride for the studio that the third sequel lives up to fans’ expectations, although it won’t see the light of day for a good while yet.

Assuming Retro are starting more-or-less from scratch, the realities of modern development cycles means that, like Breath of the Wild – which, lest we forget, was a Wii U title to begin with – we may even see the Switch’s successor before this game releases. We’re not suggesting it’ll launch exclusively on a new system, but it’s not beyond the realms of possibility that it could ‘pull a Breath of the Wild’ and bridge the generations.

And in the meantime? Well, Nintendo has some gems in the vault to placate the Metroid faithful and also familiarise newcomers with the franchise. The original NES game is available to all Switch Online subscribers, and if rumours of a coming SNES library are true, the classic Super Metroid will be joining it before too long. A port of MercurySteam’s Metroid: Samus Returns would make eminent sense to build further anticipation, and a Switch edition of Metroid Prime Trilogy would surely be a port that nobody would argue with.

So it seems that despite a gloomy start to 2019, the future hasn’t been this bright for Metroid fans for a decade or more. We can all raise an arm cannon to that.