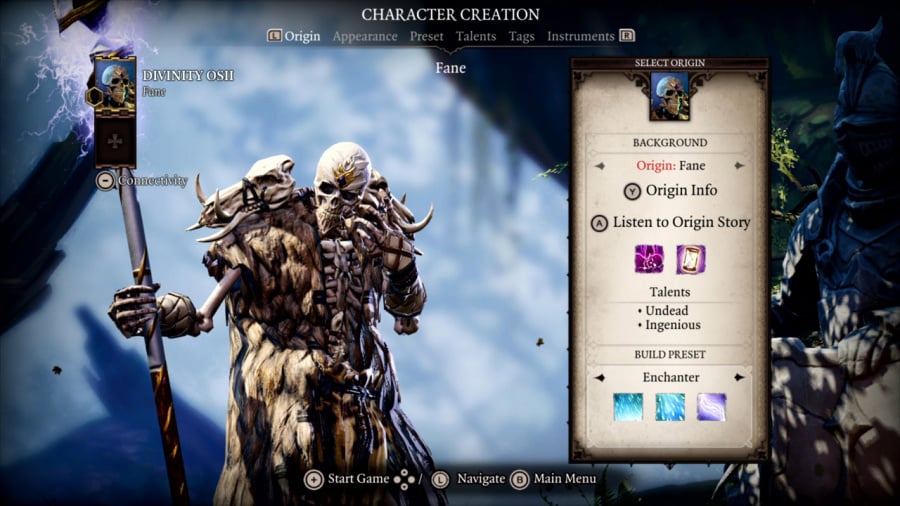 Divinity: Original Sin 2 begins with your character, a ‘Sourcerer’, facing a pretty difficult decision when the ship transporting them to the Divine Order-controlled prison island of Fort Joy is attacked by a huge Voidwoken Kraken and left floundering. You fight your way to the upper deck and, upon arriving at the only lifeboat left seaworthy, are begged by a frightened child to return to the lower decks to help rescue any other survivors.

What should you do? We chose to ignore the child’s pleas and escape immediately. Terrible, right? Moments later, washed up on the golden shores of Fort Joy we come across another survivor of the wreck, the exiled Red Prince, who recognises us from the ship and calls us out on our cowardice. Upon apologising for our actions, he points out that there’s actually nothing to apologise for, choosing to escape was only natural after all, self-preservation is not a flaw or a weakness but an instinct, wouldn’t most others do the same? 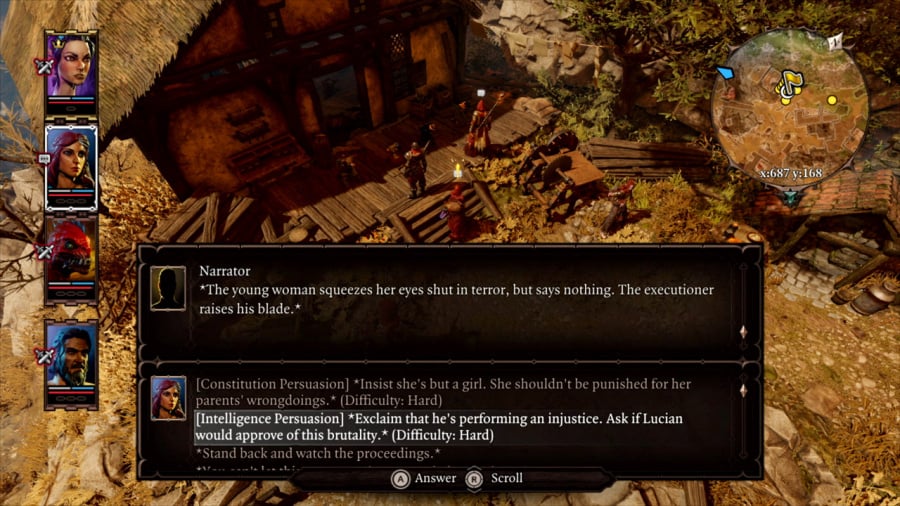 And so it goes in Larian studios’ epic RPG adventure. Every choice that you make in the world of Rivellon is neither entirely right nor wrong. This is a world shaped by decisions made in the here and now. There are no real good guys or bad guys. Most everyone in this world has their own reasons for doing what they do, nothing is ever as straightforward as it seems and how you choose to act and connect with its inhabitants as this great story takes place all around you is the core element that makes this such a beguiling and engrossing RPG to play.

Originally released back in 2017, and later updated to this Definitive Edition which includes a raft of changes including a beefed-up tutorial area and reworked ending, Divinity: Original Sin 2 has, quite rightly, been lauded by critics as one of the finest RPGs ever made. Here is a game set in an endlessly fascinating, dark and conflicted world filled to the brim with interesting characters, exquisitely written quests, deep and satisfying combat and a level of flexibility – in terms of the rules which govern it, in terms of your character, the choices you make and people you surround yourself with as you strike out into Rivellon – that can easily see you throw hundreds of hours its way. And it’s all here on Switch, fully voice-acted, every nook and cranny included. A work of source magic, surely? 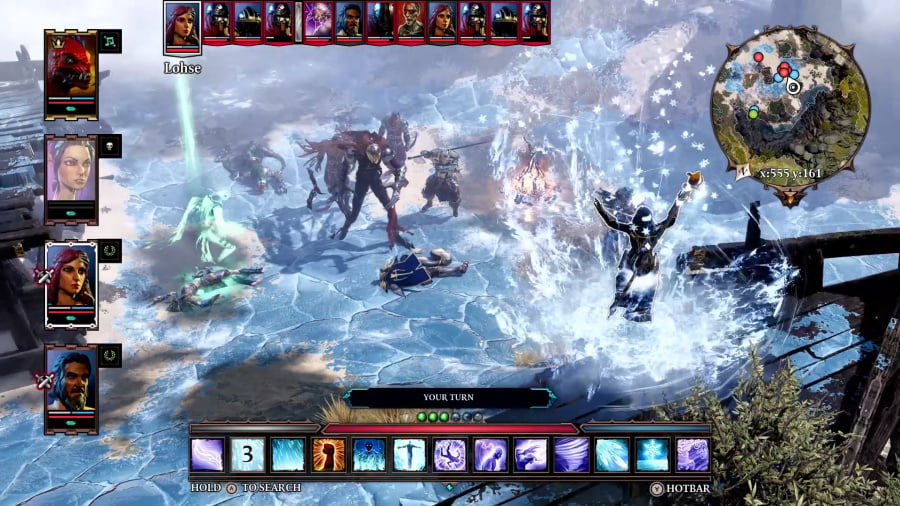 One of the biggest concerns we had when Larian’s epic was stealth-dropped onto Nintendo’s console during September’s rather impressive Direct presentation was how on earth they could ever fit this much content and detail onto a portable console. Big concessions would have to be made, yes? Well, no. Almost unbelievably, beyond a quite understandable drop in resolution and texture quality, this is Divinity: Original Sin 2 Definitive Edition running at a solid and dependable 30fps, with all content (besides local-co-op play) present and correct. Over the forty or so hours we’ve now spent with this edition we’ve encountered no bugs or framerate drops, there are no horrendously long loading times and – beyond the character creation screen, where the drop in texture detail and resolution are most apparent – the concessions that have been made in squeezing this huge game onto Switch do very little to affect how it plays or looks compared to its console and PC counterparts.

Speaking of PC, this version includes cross-save play with the Steam version of the game, so if you’re already several hundred hours deep into a playthrough on that platform you can easily transfer your progress over and keep playing on the go with your Switch, and vice versa. There’s also a handful of mods thrown in, the highlight of which must surely be the ability to enable talking to animals from the get-go. Besides being a source of some surprisingly great quests, we heartily advise that being admonished in fine style by Sir Lora the cat at the outset of your adventure is well worth the effort of ticking the box alone. 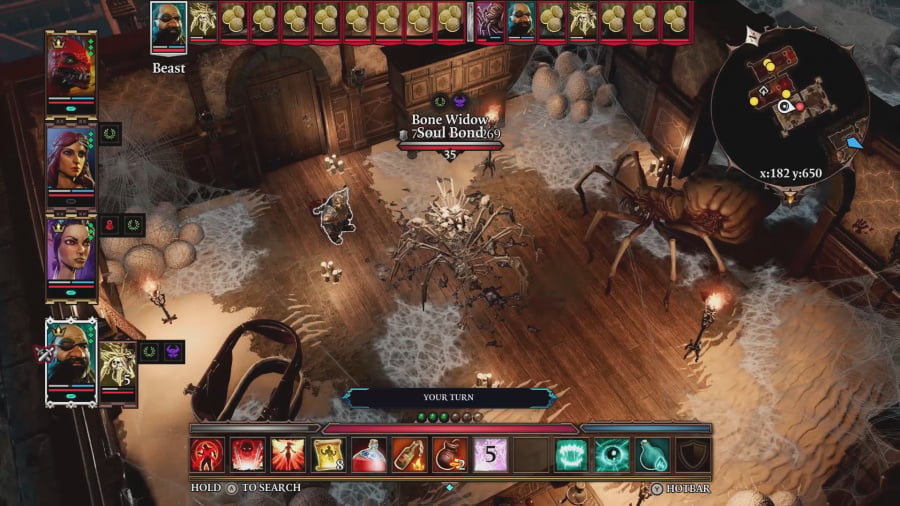 In terms of controls, everything works surprisingly well here for a game with so many screens full of in-depth information and mechanics to deal with. Pressing ZR brings up an easy to use radial wheel where you can dive into your inventory, equipment, crafting, journal and skills, while a quick press of ZL and a directional button sees you quickly change the member of your party – if you even have a party – that you’re in control of. Searching areas for loot is made trivial by holding down the A button to perform a wide sweep of each and every nearby nook and cranny, and it’s only really in placing combat skills into your action bar or fiddling in your inventory where things can become a little annoying at times, especially in portable mode.

Using the left stick to manoeuvre your character around the screen – rather than the more traditional point-and-click controls perhaps expected from an RPG – manages to eschew much of what could have become fiddly in moment to moment gameplay, and rotating the camera or zooming out on the action with the right stick ensures that, even in the depths of the most ferocious of turn-based combat encounters, things remain surprisingly intuitive and easy to manage.

Away from the technical aspects of this port, Divinity: Original Sin 2 is just such a thoroughly absorbing game, the smallest area or most seemingly light-hearted of quests capable of sucking hours out of your life without you noticing. As the great conflict between Sourcerers and the Divine Order wages all around you, there’s always something exciting to do or discover, some new way to interact with the characters that you meet or perhaps manipulate and play with the impressive physics engine that governs the world around you. 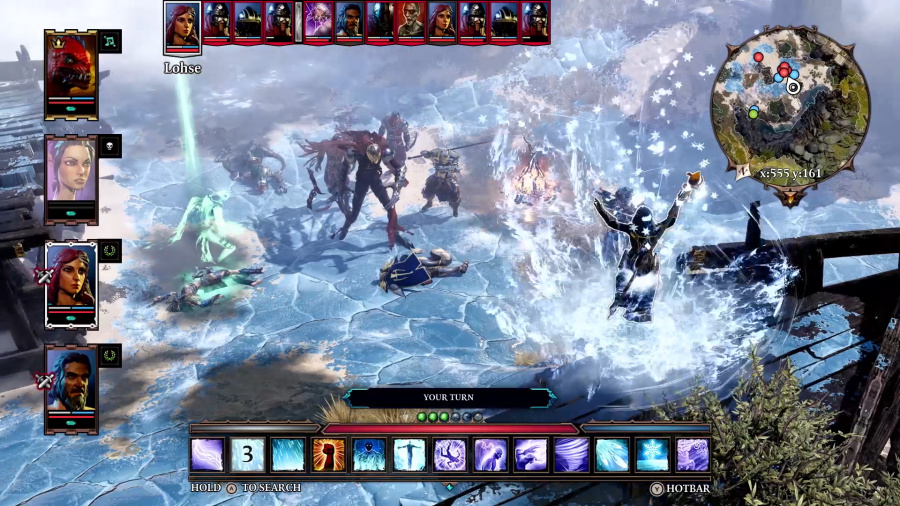 The cast of origin characters you can choose to play as or have join your party as you make your way across the world of Rivellon; the Red Prince, Sebille, Ifan, Fan, Lohse and Beast – these are all equally fascinating and entertaining. Fully voice-acted, they really are some of the great video game sidekicks and, alongside the constant sardonic wit of the game’s narrator, ensure that your journey – a journey full of real emotional impact, properly dramatic highs and lows – is never anything short of constantly brilliant.

With a story mode difficulty now included for those who would rather not be slowed down by the deep and tactical combat on offer as they enjoy the unfolding drama, as well as excellent online co-op for up to four players, this is a game that caters to everyone; an enormous and generous package that it’s genuinely hard to find any fault with.

From its opening moments upon a prison ship bound for Fort Joy to non-stop adventures that take you across the high seas to the Reaper’s Coast, Nameless Isle and beyond, Divinity: Original Sin 2 simply dazzles. In its seemingly endless parade of well-written characters, hilarious narration, deep and rewarding physics-based combat and the myriad ways in which it allows to you to engage and toy and with its systems, this is a truly epic RPG that revels in choice more than any other that’s come before it. It takes the old-school isometric style of Baldur’s Gate, layers it with an unparalleled level of attention to detail and fuses it with a thoroughly modern take on meaningful player decisions, resulting in one of the greatest role-playing games available on any platform; and it’s all here, present and correct on a portable console.

POKEMON Sword and Shield fans are treated to two bumper pieces of good news, as Game Freak makes a b [...]

FORTNITE fans must complete missions to unlock either the Ghost or Shadow version of the Season 2 Br [...]

EA servers down reports are flooding in right now with reports of FIFA 20, Apex Legends and Origin n [...]

POKEMON of the Year voting results have been revealed today. Here's all you need to know about [...]

FIFA 20 down reports are flooding in right now, with users being hit with an unable to connect error [...]

First Run Of Legendary T-Shirts Are Being Added To Travis Strikes...