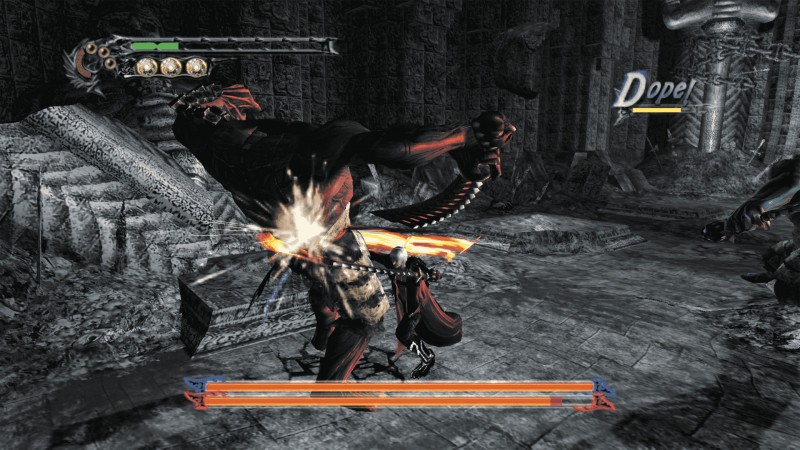 As part of a Devil May Cry 5 media tour, director Hideaki Itsuno has been out there talking about the game and the series in general. Like all developers in the last few years, Itsuno also got to answer questions about his characters in Super Smash Bros. Ultimate as possible DLC, and he didn’t think it quite fit…yet.

In a conversation with VG247, Itsuno said it didn’t make sense with no Devil May Cry games on the Switch. Pointing to the Capcom PR representative, he said people should be asking Capcom to port the games to make an argument for Dante in Super Smash Bros.

Itsuno isn’t wrong, Devil May Cry has historically skipped Nintendo consoles. To date, Dante’s only appearance on a Nintendo system is in the omega-level crossover title Project X Zone 2 as one of the hundreds of characters from Capcom, Sega, Nintendo, and Bandai Namco. While a game titled “Chibiru May Cry” appeared on a Nintendo DS release list once, the title never actually materialized. On the other hand, Cloud never had much of a presence on Nintendo systems before he appeared in Super Smash Bros., which Itsuno points out, but also says that he represents a series with a strong history with Nintendo.

I really feel like this is an odd way to answer off the cuff and genuinely makes me wonder if there are plans for Devil May Cry games on the Switch in the form of a HD Remaster, especially considering Onimusha released on the Switch fairly recently. Maybe Dante will indeed get a chance to fight against Bayonetta for the first time.